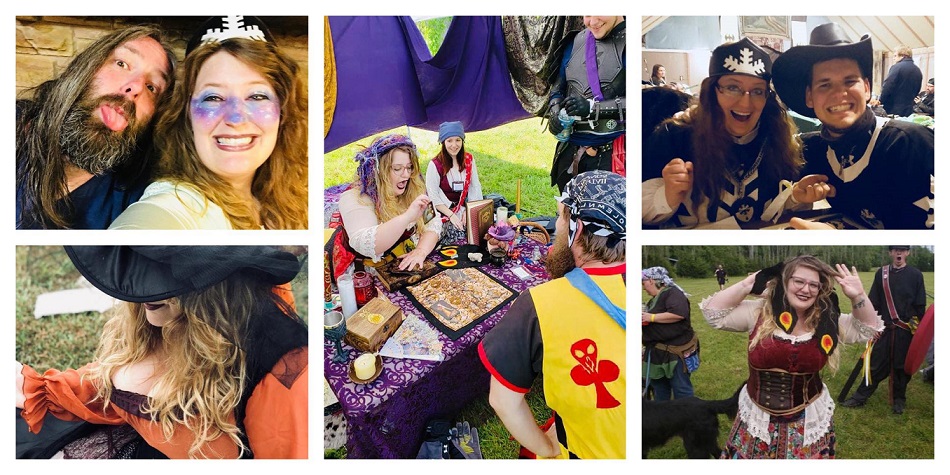 "It's not kidnapping, It's CONSCRIPTION!"

♦ Ruque first attended Amtgard February 12, 2012; becoming a member of Soul's Crossing, at the time under the Confederacy of Dreadmoor.It was at this time that she was given an Emerald by King Docsi of Emerald Hills for having full garb, knowledge of the rules, and fighting on her very first day of Amtgard.

♦ May 13, 2018 Ruque served as Autocrat and Kingdom Regent for Winter's Edge Spring Coronation : Saviors of the Stars.

♦ October 14,2018 Ruque stepped down as Kingdom Regent, at Winter's Edge Fall Coronation Crystalline Chronicles VIII : Blood of the Old Gods, after serving two full terms . With the smell of Pumpkin Spice once again in the air, Pumpkin Boo emerged to curse the citizens of Winter's Edge. The citizens of Winter's Edge once more reveled in her presence much to her surprise and dismay. Pumpkin Boo reflected heavily on her life decisions up to this point and what she had done to make people flock to her with glee, giggling and begging for curses and to play her obviously rigged dice game... what more could she have done or would need to do to strike terror and fear into the hearts of these citizens?

♦ February 10, 2019 Ruque attended the Winter's Edge Arts & Sciences Symposium IV where she plagued and horrified attendees as the Dark Lady, Alias : She Who Must Not Be Named, during the night dungeon in accordance with the Harry Potter theme.

♦ April 28, 2019 Ruque served as a main NPC and ran the Gypsy Caravan at the Kingdom of Winter's Edge Coronation, diving out fortunes and meddling with destiny as a good agent of chaos should. By the end of the event Ruque was able to, with the help of several adventurers, gather all of the Dark Phoenix Feathers and assume the role of the DARK PHOENIX QUEEN who will undoubtedly be terrorizing small towns and villages soon.

♦ August 10, 2019 Ruque attended Titanomachy: WE Summer Mid-reign. There, lying in her tent, the self proclaimed Pineapple Princess, the bewitching beautiful Dark Phoenix Queen, also known as the Pumpkin Witch Pumpkin Boo.... nearly died of heat exhaustion in the unbearable Southern Summer Heat. Standing there on the verge of death the god of death itself, Hades, fell madly in love with the girl's charms and made her Persephone. Ruque, as the NPC Persephone, guided travelers through the Underworld in one of the best night dungeons that has ever been!

♦ October 20, 2019 Ruque served as Poppet Crat for Winter's Edge's Fall Coronation : Rise of the Heroes. During this event, it was her extreme honor to get to decorate several of the Kingdom of Winter's Edge's Jr. Heros with their Gold and Silver Olympic medals that they had earned throughout the day at the Olympic Games.

♥ February 10, 2019 Ruque was awarded her Marquess title by Queen Jade Skymaine of the Kingdom of Winter's Edge for her Excellence in office as Kingdom Regent.

♥ April 28, 2019 Ruque was promoted from Page to Princess at Arms by Sir Khazon Mander.

♣ Knighthood Scroll : Knight of the Crown 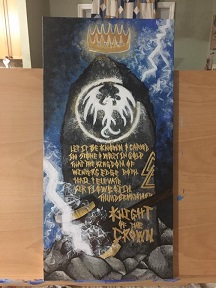 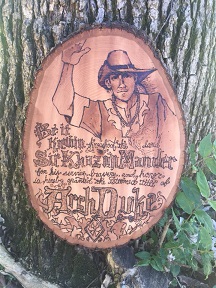 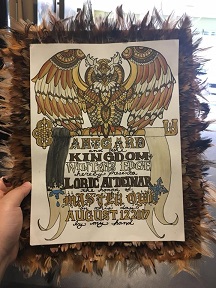 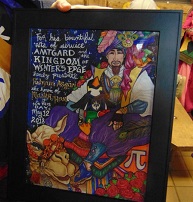 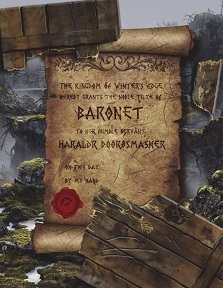 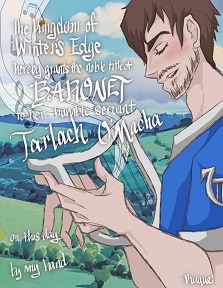 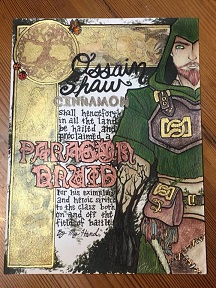 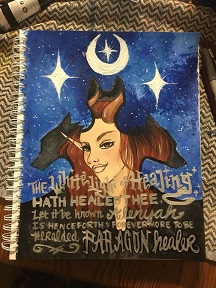 Obsessed with the gloriousness that is MWUAH? You can find more information here!

Shoot me a DM or a Friend Request! I would love to RP, talk Amtgard, gush over A&S, and would be thrilled to meet you!

Check out my Portfolio!