"Awesome how you ask for violence & I ask for hugs." - Taver

He is a member of Cursed Prairie, a chapter located in East Peoria, IL. Kelvelos began playing in January 2007, in which he attended Pokettokon; the only anime convention in the central Illinois area. There he assisted Lexi with an Amtgard demonstration & decided that it was enjoyable enough to absorb most of his free time. The next week he was at the park ready to hit people with foam.

Within his first 3 months he did exactly what he was told not to do by many players of a more experienced nature; namely (Katzu & Kathrynn). "Politics" they said "are something no newbie should play with for at least a year". So he ran for Champion; after facing many superior fighters from Phoenix Tears & Olympus he managed to come in at 3rd place; securing his office. Since then he has watched the park expand & accept new members as well as become part of the Rising Winds.

He was General of Bael's forces of Chaos; even though the war never really left home. He was also the PM of Cursed Prairie, where he helped develop better paperwork & ORK maintenance.

He is currently on a semi-hiatus from the game due to mundane issues & the distance needed to travel to attend his local park... 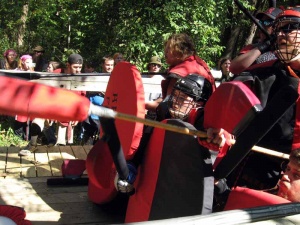