Thurg Ironfist Started His Amtgard career at the Shire of Dark Oasis in 2006 under the name Arturius, he would not be seen again until 2008 when he and a group of cohorts began attending regularly and founding the fighting Company The Tribe of the Elk, consisting of Barbarians and Warriors. with a heavy barbaric theme. Later that year after finding the holiness of whacks, and putting away the greatsword and picking up a speed stick disbanding The Tribe of the Elk, he formed The Legion of the Black Cross with III Piece Ironfist and Kazon Ras Ironfist, a line fighting company, that can kill their enemies as well as boxed wine. At the one year mark of being back in the game, he became the first elected Count of Dark Oasis and never really stopped serving in leadership roles since. After serving Golden Plains for many years he now resides in Midnight Sun in the Emerald hills and has continued pursuing scribal endeavors along with pushing A&S through non competitive tourney formats. Thurg was knighted at Banner Wars 2019 in the order of the serpent by his knight Sir Ice. 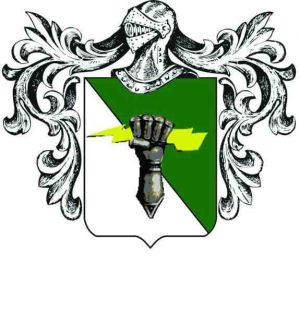