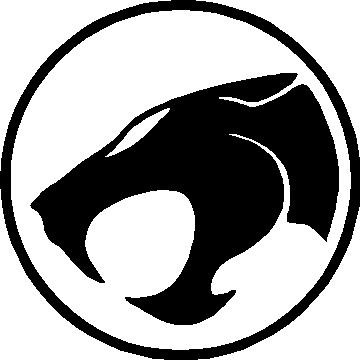 The ThunderCats household was founded by Iyra on August 18th, 2011. Iyra, whose original Amtgard name was Puma, proudly announced to Lyndi that her persona name had been decided (or so she thought) during a feast at Clan 2011, and, upon confiding in Lyndi her choice, Lyndi's eyes became huge as she momentarily sat in silence before exclaiming "I love it!" Then Lyndi had a brilliant idea: "I could make you a ThunderCats tunic, except it'll be a puma!" That's how Iyra became a fervent, almost religious ThunderCats fanatic! And, when she discovered the puma cat ThunderCat, the fate of her name was sealed. Now, thanks largely to her namesake, Iyra is doing her best to bring to life a group dedicated to the Code of Thundera and thus all things ThunderCats!

ThunderCats is a group dedicated to all things ThunderCats, but nothing more so than the Code of Thundera, something which should define all its members: Justice (to act in a virtuous manner on and off the battlefield); truth (to be outright and honest within and without Amtgard); honor (to acknowledge wounds and defeats in combat); and loyalty (to provide support and friendship to all those affiliated with the ThunderCats).

The ThunderCats are actively recruiting! Please contact Iyra at AmtThunderCats@gmail.com if you are interested in joining the household!