”And that is the story of how you/Tenshi can/did sell your park to the CoM.” 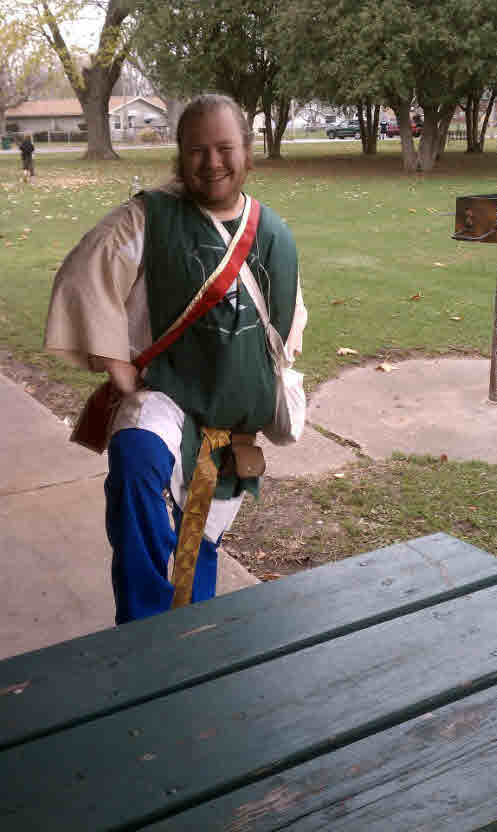 Tenshi started in the shire of Forsaken Lakes in 2005. In just over six months he received a page's belt from Shinsei, which he dropped a year later. In the spring of 2007 he moved to the freehold of Cursed Prairie who soon became part of the kingdom of the Rising Winds. In 2011, he moved again, now residing in Phoenix Tears, in Tal Dagore.

Tenshi usually keeps a low profile and was not very well known outside of Cursed Prairie, Forsaken Lakes, and Phoenix Tears until 2010, being most readily known at Rising Winds events as "the healer in white with the long hair" or Jesus. The most attention grabbing thing he has done was at a Rising Winds Midreign when he informed the CoM that his park (Forsaken Lakes) was stepping down from Barony status and requested that it be put on probation.

Before the company disbanded, Tenshi was often seen on the field with the Grey Warders. More recently, he spends his events assisting others in preventing dehydration and being generally helpful. He has also been known to be hunted down by random teams as a field page or combatant, at their request.

Currently, he is a member of the fighting company Dagger of the Silvermoon, having joined in the fall of 2012, after a long period of assisting the company as an independent agent.

Tenshi can be found fighting on the ditchfield, healerizing in class games, distributing water and gatorade on the sidelines, in Dagger Camp, or wandering aimlessly at night.

Dagger of the Silvermoon
Joined September 2012 at the rank of Steel
Promoted to Blade March 2013.

Tenshi is Paged to Dame Maera, who thinks he's the Bestest page ever.

Ilya is also in the Maera beltline 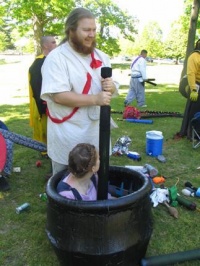