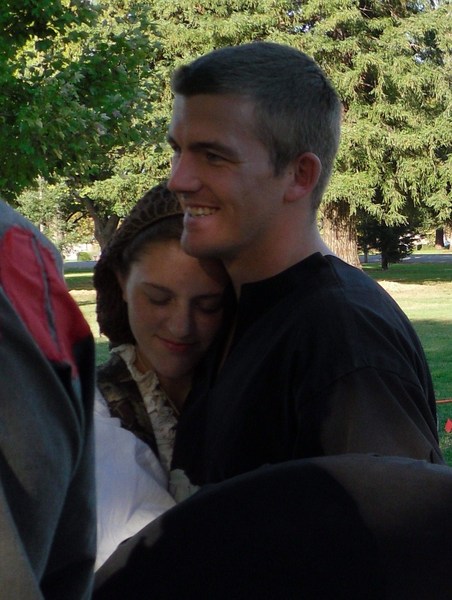 ”God's busy, can I take a message?”- David Eddings

Started in the Shire of The Blackstone Sages in August of 2007. Enjoys watching and playing. Well on her way to becoming an excellent garb maker and artisan. Traveled all over during the summer of 2008, going to events such as Pac War, Clan, Darkshore and Salt Wars. Moved to California in the summer of 2009, and became a member of Thor's Refuge. In 2012, she took a break while she lived in Germany. In 2017, she returned to the US and became a member of Jupiter's Stones/ Knight's Rest. She can usually be found in Merchant's Row at events. She's the "Girl with the Dogs."