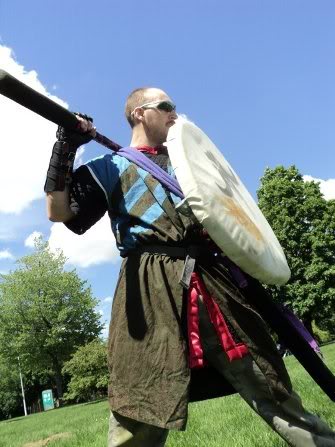 Sky (AKA Jimmy the Swordsmith) first discovered Amtgard at Great Eastern XI, then began to actively participate at following events over the course of the next year. Currently plays in Caradoc Hold and is one of the few actual fighters in the park. In the year 2010 Jimmy the Swordsmith was welcomed into the Mercades family line as a Man-at-Arms to Jynx Mercades

~Won the first ever For The Duke's Entertainment, Annual Dagger Tournament (July 2010)