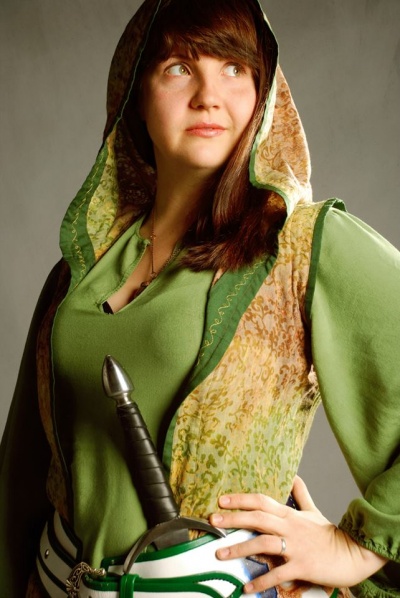 Sirien started playing in Caradoc Hold, back when she was in college. Slow to embrace her geek side, she spent a good deal of time taking color credits and following around quest parties as a roaming minstrel type. Eventually she caught the bug and began prioritizing the game over schoolwork, driving ridiculous distances for events, and throwing herself whole-heartedly into the world of Arts and Sciences.

Not long after, she became involved in politics, running events, and even helped found a fighting company - the Crimson Guard - with her good friends Ascli, Rianne and Blacksnake.

One summer, Sirien attended a leather carving class in Ravenwing, hoping to catch the eye of armorer Ausric Blackwolf. Luckily, the odds were in her favor, and the two married Summer of 2009 before driving cross country with Glyn and Ce'Dar to attend Clan. Ever since, the couple has shared a love of travelling, having made it out to events like SKBC, Spring War, Keep on the Borderlands, Defrost and more.

In 2010, Dame Fionna laid down a challenge to several up and coming artisans to create a Labor of Love project and compete against some of the top talents in the Kingdom. Sirien decided to accept the bait and created the Assassin's Creed II garb for Shay of Twilight Peak. It was an incredibly close match, but Sirien was victorious, and was granted her 10th Dragon for the work. Following that, she was named Master Dragon in March 2012, and a Knight of the Serpent in September of the same year.

Since then, Sirien has been trying her hand at other activities - having held the office of Imperial Regent of the Nine Blades twice, Ducal Chancellor of Felfrost twice, Imperial Prime Minister of the Nine Blades twice, and Imperial Monarch once. She's been Feast o Crat for Great Eastern 2013, Co-Autocrat of Battle of the Dens 2013 and Autocrat of BotD 2018. She created the event Team Tactics for Felfrost with Ethryn and ran that event for several years. Finally, her A&S Tournament the Starfall Invitational has been run annually since 2015. Currently, Sirien is working her way back into the game after a brief hiatus following a year of serving as Ombudsman. 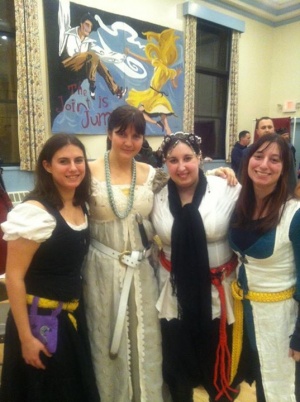 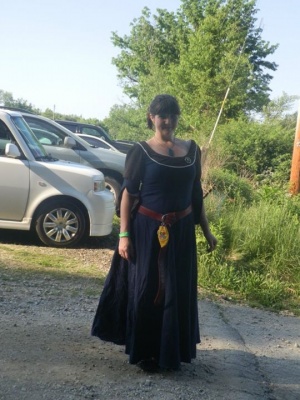