Knight of the Serpent

In the Order of the Serpent 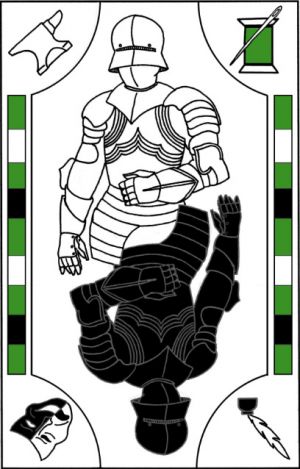 Serpent Knights are individuals honored for their accomplishments in the Arts and Sciences. Specific awards are divided amongst the Order of the Owl (for construction and scientific ventures), Order of the Dragon (for purely artistic avenues), and Order of the Garber (for hopefully superior garb, though sometimes it is merely for quantities therein.) To be knighted as a peer of the Serpent one should have achieved a Masterhood in one of these categories.

Serpent knights in the history of Amtgard.

The First Serpent Knight, after the belts were split in 1985, of all of Amtgard was Sir Esuom of the Burning Lands. Until the advent of Award standardization certain Kingdoms added Master Hydra (given for qualifying for office at a Crown Quals) and Master Mask (for Role-playing and or acting) to the standard qualifications to become a Serpent Knight, but these were by no means the norm. The only person to be knighted for a Master Mask was Saint O'Banion, of the Wetlands.

An Excerpt from the final document. 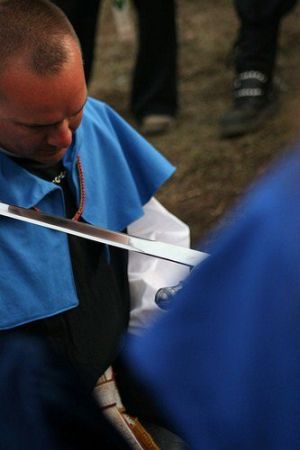 The Creation of Sir GoldCrest as a knight of the Serpent under Dragonspine, at Clan in 2009

C. Serpent: A player may be eligible for Knight of the Serpent after obtaining Masterhood in Owl, Dragon, or Garber.