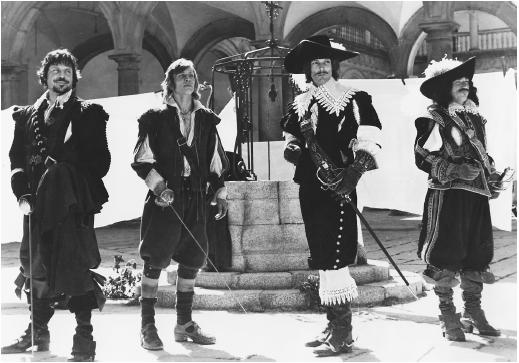 "You're a rumor, recognizable only as deja vu and dismissed just as quickly. You don't exist; you were never even born. Anonymity is your name. Silence your native tongue. You're no longer part of the System. You're above the System. Over it. Beyond it. We're "them." We're "they."

The R.A.N. is a cross-company group committed to a number of causes, most famously the extermination of Vampires. The fact they were based in El Paso, miles from any seacoast, did not deter them as a naval force to be reckoned with. As R.A.N. officer once noted "Nobody ever expects a naval attack from land".

It is a common misconception that the R.A.N. has no boats. They do, in fact, keep a small fleet. Their flagship, the RAN Phoenix, had been won in a raffle at a minor league baseball game by Asmund under the name "Keyser Soze".

The Royal Amtgard Navy, under the leadership of the Grand Admiral was a key force in the history of Amtgard, by simply asking "what would be most funny" and dragging the rest of the club, sometimes unwillingly, along for the roller coaster ride.

On more than one occasion, the R.A.N. has been credited with saving an event from boredom and disaster. One such event was a Midreign Costume Ball hosted by Princess Kayrana (a good and sorely missed freind to the R.A.N.) which had been unfortunately scheduled on New Year's Eve. The arrival of four R.A.N. members was considered to be the turning point when a poorly attended feast became a raucus fun enjoyed by a lucky few. Dame Gwynne would later compose the following:

T'was the night before New Years and all through the hall,

Not A creature was stirring, not a single foot fall.

The princess was outraged, the king had a mood.

Cried the cook in the kitchen, :What will I do with this food?"

Then a few guests arrived but attendance was sparse.

The princess hotly declared she would have someone's arse!

A mysterious dragon and a fake Golden Lion

Made lame conversation (the party was dying).

Then to our wondering eyes did appear,

Drinking commenced and our eyes did mislead us,

Because suddenly there were two of Sir Aramithris.

Then a loyal Golden Lion arose from her lair,

And approaching the king, shot him dead in his chair.

We danced and we drank and we flirted and fed.

The feast was successful thanks to four brothers blue,

The Royal Amtgard Navy (and that beer of thiers, too).

As the R.A.N. was not, itself, a company and allowed its members to keep their ties to any company they wished, it soon found itself to be well-allied and politically influential. While this strategic position allowed them to both affect policy and heighten the entertainment value of events, no R.A.N. member ever brokered that influence for direct personal political gain.

Among other conspiracies, it was they who engineered the Edict of Ben's Living Room which declared forever Vampires to be enemies of the Burning Lands.

Like Peter the Great of Russia, the RAN was interested in the Burning Lands acquriing warm weather ports, and arranged for both Silverwater and the Crystaline Confederacy to become part of the kingdom.

They never sponsored that pale imitation, the WAN. In fact they were instrumental in getting the WAN reassigned to Bifost, where they became known as "WAN-Kerville".

Early Dates In The R.A.N.'s History

More information on the RAN can be found at Amtgard Undercover's expose of the RAN.