Baron Man-At-Arms Roak Vaerdos, of Bitter Coast in the Kingdom of Crystal Groves (aka Sludge)

Yo, ho, haul together, hoist the colors high.
Heave ho, thieves and beggars, never shall we die. 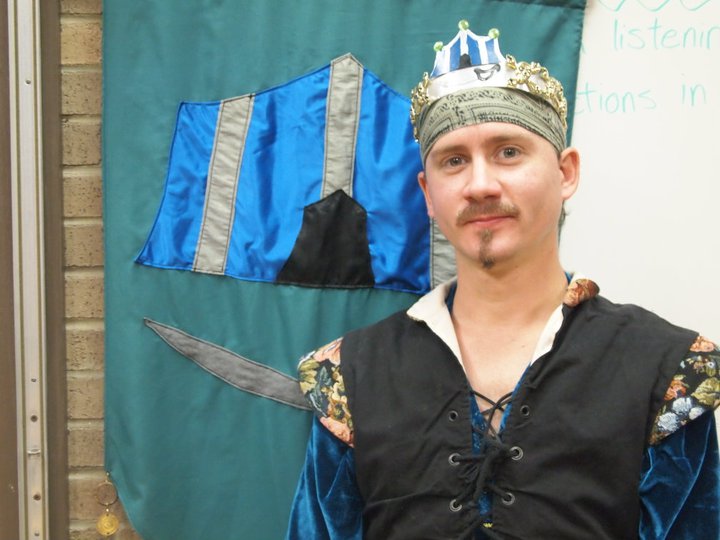 Roak joined Amtgard just before Feast of the Dead 2007 he was known then as Sludge. After a 1 year overseas tour in Iraq he returned to the Kingdom of Crystal Groves. Shortly after his return he created the Pirate character Roak,formed House of the Dancing Saber and began looking for a closer park for his Amtgard activities. After some looking around he found Bitter Coast in the Kingdom of Goldenvale transferred himself and his family there and eventually held the office Duke.