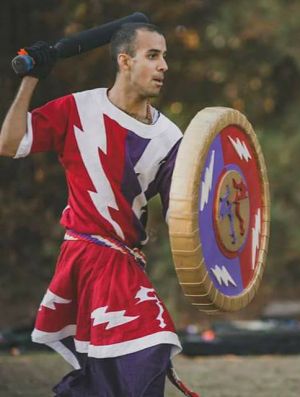 Raziel's Amtgard career started in the Barony of Crying Heavens around 2009 where he fell in love with the game. During this time, he grew as a fighter and flurb (one of the few to oppose, and daresay, defeat Mortis Nuntius) until the park started to unravel. He took up the role of Sheriff to try and hold the park together, but to no avail. In 2013 and left for Virginia where he began to cross game and joined House Warspite. In 2019 he moved across the country and is currently fighting in Pegasus Valley.