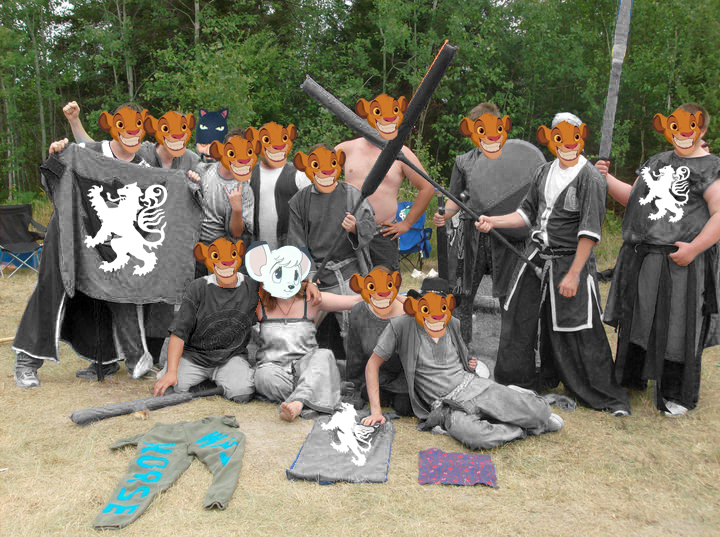 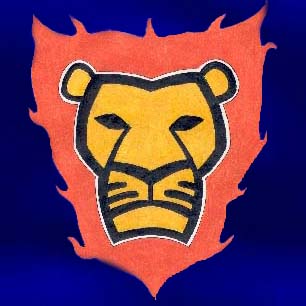 This group was formed several years ago in ruins of the Kingdom of Rayside after it was involved in a large-scale battle with an Orcish army. When the army attacked a small party composed of Burne the Scout, Gorbad Ironclaw the Barbarian, Ce'dar the Healer, Brother Vin the Monk and Lelldorin the warrior, they fought together against the Orcs with courage and fury like a “Lion Born of Fire”. After the battle was over, the Kingdom lay in ruins; it was broken and burned to the ground and the rubble that remained still spewed smoke. These five were the only ones who survived the ordeal. Upon agreeing to carry on the name of the Kingdom they called themselves the Rayside Brigade. After that, the five of them separated, going their own separate ways: Ce Dar, Lelldorin and Brother Vin traveled north in search of adventure, Burne and Gorbad traveled south in search of more Orcs.

While in the town of Dreadwood, Burne and Gorbad came across a messenger that showed them a letter from the (then) Barony of Wolven Fang saying that an Orcish army was amassing at the northern borders and that the Baron was looking for as much help as he could get. The two of them decided immediately to travel back with the messenger to Wolven Fang and, upon their arrival to the Barony they were greeted by old friends. Shortly they were joined by two men by the name of Corman Nightflame and Alexander Ran Vandel Adorth, also former Rayside citizens. Corman was currently serving as the Captain of the Guard in Wolven Fang, and Adorth was a simple soldier trying to rebuild his life and regain his honor. In little time, the Rayside Brigade had become a large group and was awaiting their chance to fight.