The Principality of Tal Dagore, based primarily out of Missouri and Illinois. Formerly under the Rising Winds 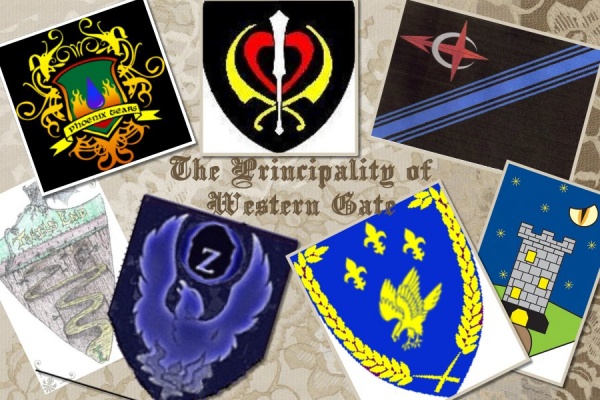 In 2009, Duchy of Western Gate submitted a bid for kingdom status at the Gathering of the Clans. The circle of monarchs declined the bid and suggested that the group spend a year as a principality to test their ability to work together with it's subgroups. They became a principality by vote of the Rising Winds Circle of Monarchs shortly there after under the name "Prinicipality of Western Gate", this was changed some time after to Tal Dagore. The Principality was elevated to become the 16th Kingdom of Amtgard at Gathering of the Clans XXVIII.

The proposed corpora for the principality's Kingdom bid: Corpora

Parks Within the Principality

Last Monarchy as a principality