A Shire of the Kingdom of Tal Dagore, located in Springfield, IL.
See here if you are looking for the spell Phoenix Tears (Spell) 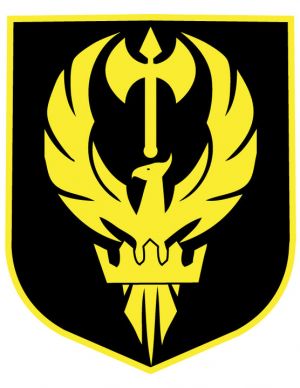 Pheonix Tears was founded in 2004 under Rising Winds where it was appreciated for consistently helping to feed the mouths of hungry fighters during events. At an althing decision, the park decided to break from the Rising Winds and help create the Principality of Western Gate. They eventually became a founding group of the kingdom of Tal Dagore.

We've played a mix of games over the years, and the styles have varied depending on the officers and the style preferred by the current populace. We have run numerous quests through the years, which have created a series of "landmarks" within the park.

Phoenix Tears meet Sundays at 1:30 pm at Lincoln Park right next to the State Fairgrounds (exit 100 /Sangamon Ave, drive till you practically run into the park) off of I-55 in Springfield, IL.

We usually hold Fighter's Practice / Arts and Sciences at Douglas Park at 6:30pm on Mondays.