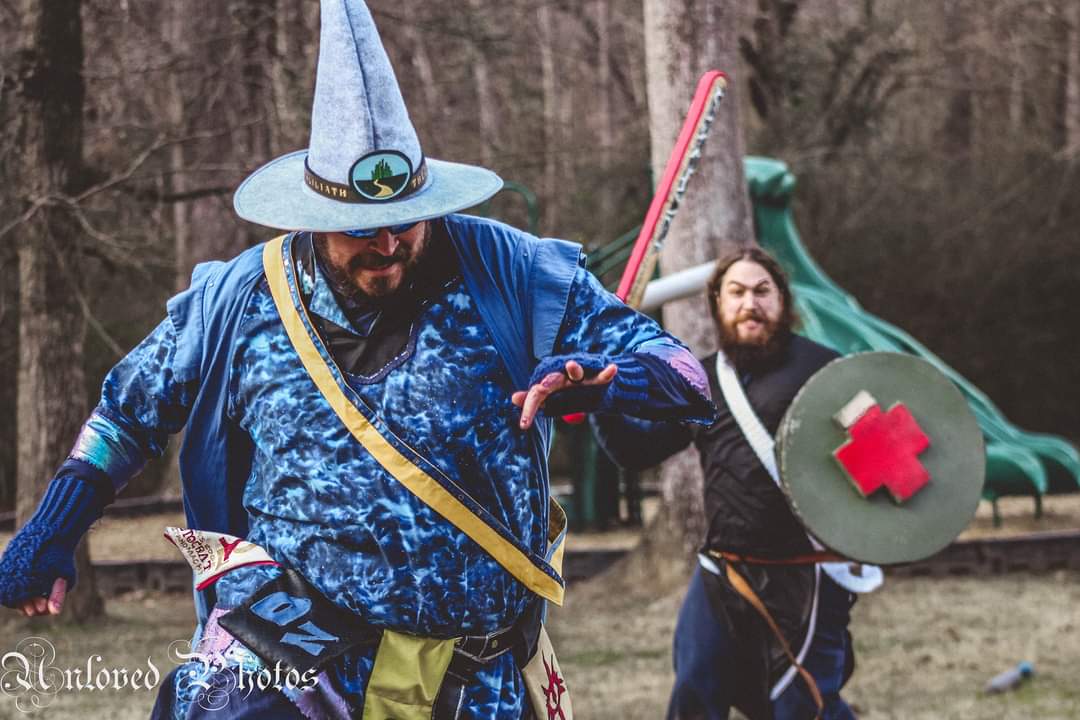 Osgiliath Bramhall the Drunk (or Oz) is a fun loving giant. Oz has been in the game since august 2016. After one day at the park, he started the long road of park leadership, starting in the role of Champion. At the time Oz arrived to the Everliving Woods(ELW), the park was still very young. Under the direction and leadership of Jelly LaSqueeze, the park established and started to grow. With the amount of growth the park was seeing, it became necessary to find a new place to lay down roots that would accommodate the size requirements. Oz found a new park at McCallum Park in Vestavia, AL and set up a contract agreement with the Parks and Recs dept. Oz has since that date helped by devoting is his time, love and passion for the game to help others reach the same level of passion.

Oz is currently seeking to achieve a few personal goals:

The personal heraldry of Oz, developed in 2018 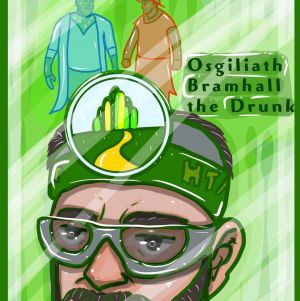 Created by Z. Ombie of Radiant Valley For Oz as a present while they were both Barons together! "Barony Sisters fo' Life" 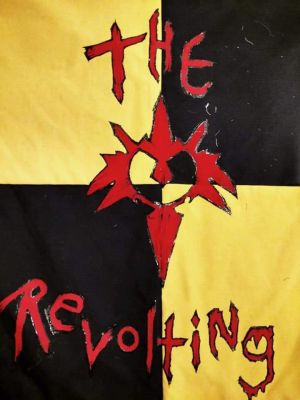 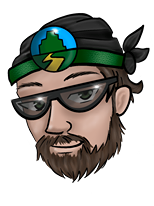 Oz was invited to be a guest on WAK(Warlords and Knights) Podcast in 2020. "It was an honor and was extremely fun to cut up with those guys!" -Photo created by Vidalia 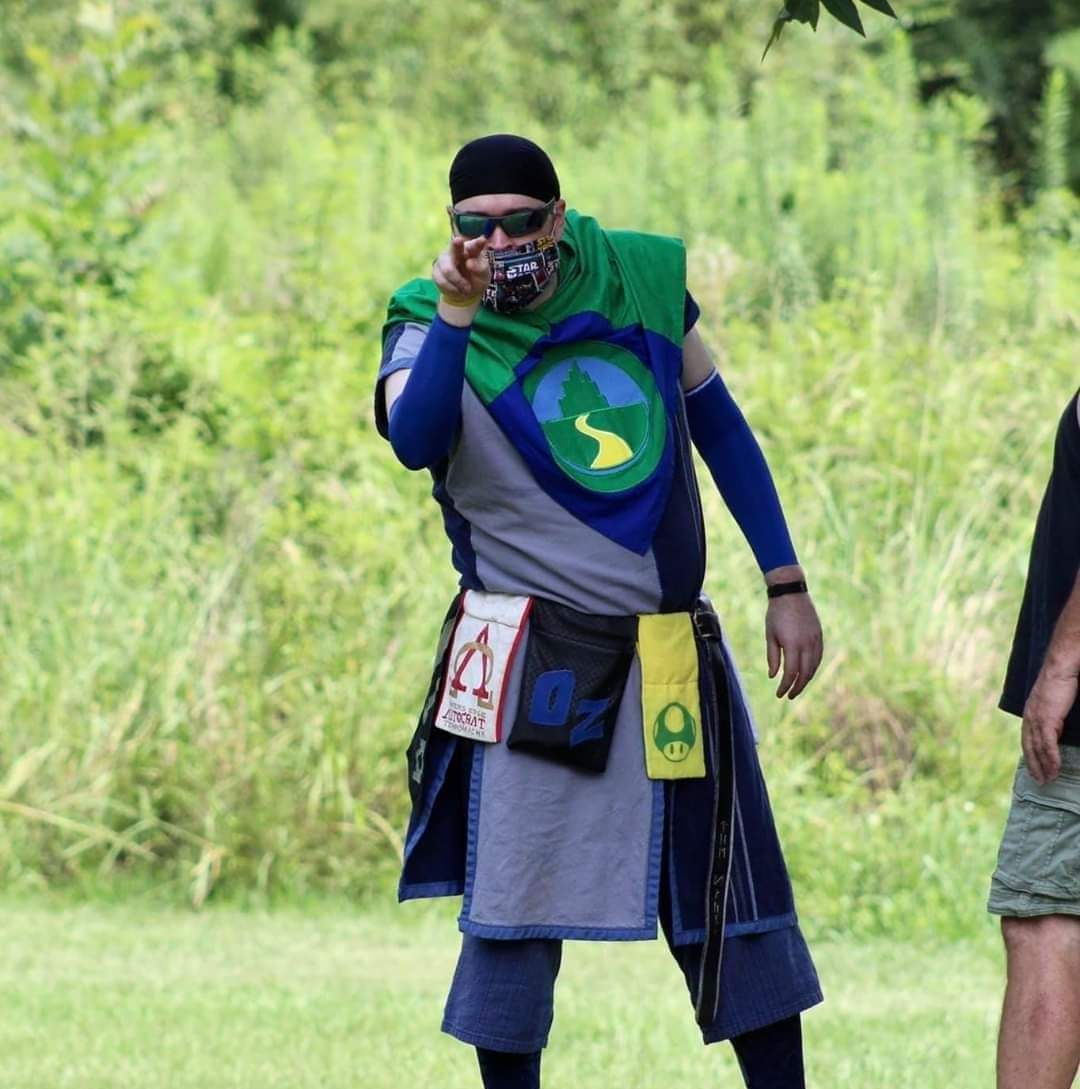 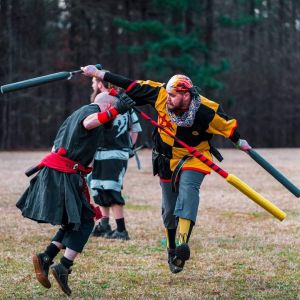