”The meal does not end when you are full, the meal ends when you hate yourself.” -- Oreo

Oreo (not Oriole, Oreole, or any variation of the sort) came to Amtgard in the early summer of 2014 with a group of friends and was introduced to the game by Nico. She had originally decided to name herself Oriole, as in the Baltimore Orioles baseball team. This, however, was immediately rejected and replaced with the much more pleasant Oreo, thanks to Scorch Flamedancer, after milk's favorite cookie. Though it has been a long and trying struggle, she has finally found peace with her newer, awesomer, better name, with only a minor amount of resistance.

Oreo was recently elected into the position of Heir Apparent of Siar Geata, the first time the position has been filled in the land since 2010. She is excited to learn and make an impact on the game with her new intern-like officer capacity. Her first order of business since voted in was to create belt favors for the monarchy indicating their positions. Also an obsession with creating a form of Amtgard baseball...

Oreo's current project is to establish a shire in the Inland Empire. She is currently studying hard to prepare for her monarch role.

Oreo is a Woman at Arms to Scorch Flamedancer, who is a Squire to Sir Downfall. 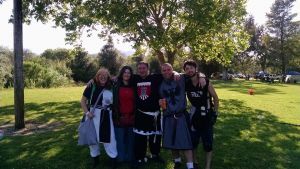 Downfall and his belt line at Darkshore XVIII. 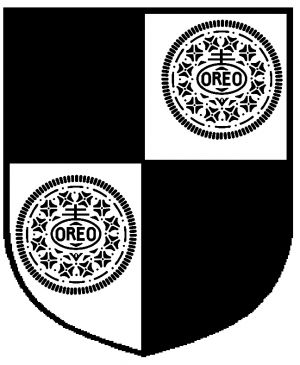