Knight of the Sword

(Redirected from Order of the Sword)

An Order of Knighthood

Sword knights are honored for their excellence in combat, specifically tournament combat. 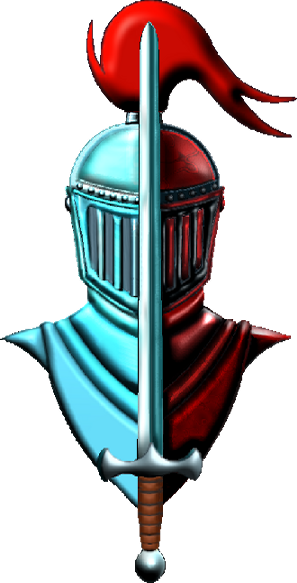 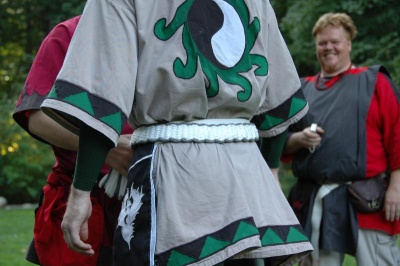 A player may be eligible for Knight of the Sword after obtaining Masterhood of the Order of the Warrior, known as a Warlord

Note: Major kingdom-level tournament is defined as Weaponmaster, Warmaster, Olympiad, and/or an inter-kingdom event tournament. The level of competition and number of entrants in all tournaments must be considered before handing out Orders of the Warrior above seven. The difficulty of the tournament must warrant the level of order awarded.

Note: The title of Defender (awarded for serving with excellence in the office of Kingdom Champion), which may be earned only once, confers a single kingdom-level tournament win upon the title's recipient. 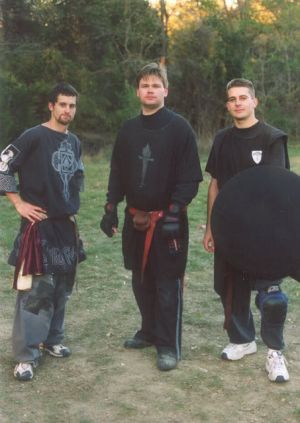 Clalibus, Rand and Qualin; the top three places in a 2002 Celestial Kingdom Tourney. All three were eventually created as knights of the Sword.

"Fighting, 10% physical…90% mental. Of the 10%, 90% is footwork and 10% is the balance. Of the 90% mental, one must develop a combat computer that will process information rapidly. Take all of this and wrap it up with an attitude, a focus which will push you to achieve to do your best consistently. Your greatest competition should always be yourself, and self should always be better…but you can never stop trying to exceed it. For the physical part, footwork, footwork, footwork, balance, shot combos, parries, reading of opponents, and practice. Both the mental and physical will eventually feed off of each other and develop into a whole. The important thing to realize is that it is an ongoing process which you should never be satisfied with…you are never a good as you think you are and should always strive to beat your best…not someone else's, but yours."

"You can always get better, there are always those who can defeat you…and every one can teach you. Your self should always be your best and worst opponent."-M'deth