Formed in the winter of 2010 in the city of Edmonton Alberta, Adorth and Dassureth two adventurers from the eastern part of the canuck Tundra in Ontario formed this Fighting company and brought in those willing and worthy to hold the Nomad name. The company was born to support growth, growth in each other as growth in one self, through this growth comes confidence as it is believed with great confidence one can be a great leader or a great fighter or even a craftsman. Which ever the reason, each member can rely that the other Nomad would be there to watch his or her back in what ever challenge they choose to take on.

The Nomads have grown over the lands of Canada with small Nomadic Tribes forming in Ominous Valley and within the Nine Blades itself. They have become the widest spread Fighting Company in Canada.

" We believe in support and dedication. We support the growth of each Nomad. We are not always together but we are bound by respect. When called, we answer. We help each other grow to become the leaders and people of our world. We may often be alone, but we are never completely alone. We are a family that shares this goal. The meaning of being a Nomad may be your own, but the ultimate goal is the same in all of us: Support, Dedication, Family. We are Nomads!"

Adventurer is a term used for Initiates or beginner members in the Nordic Nomads. An Adventurer requires a sponsor and once the sponsor feels the Adventurer has proven their time and dedication they will be put through trials that can range from fighting to crafting or to service trials.


They made their first Eastern Appearance at Battle of the Dens in 2012, 3 Nomads allied with Odious Pariahs and won the company battle. 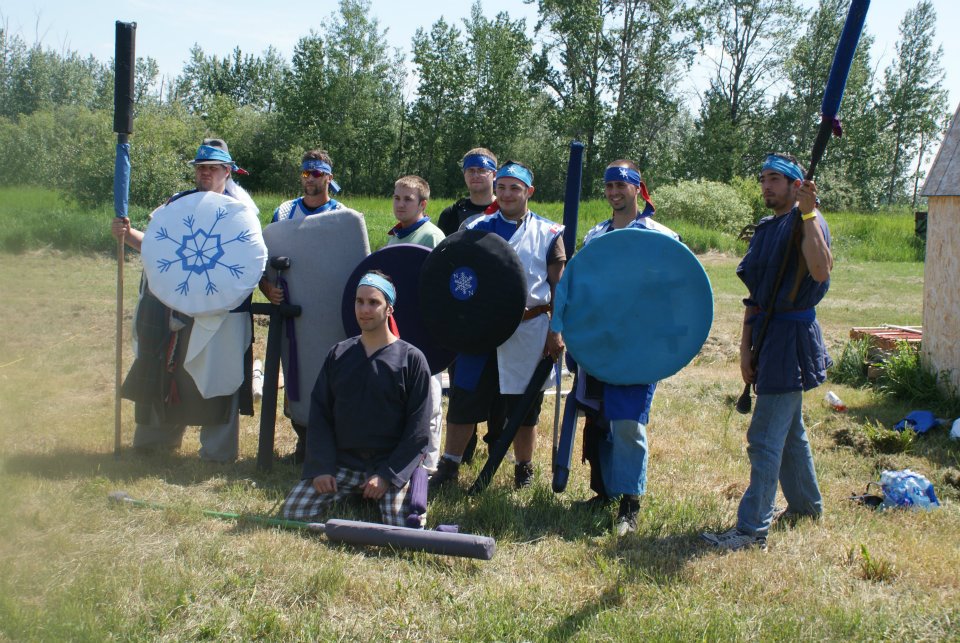