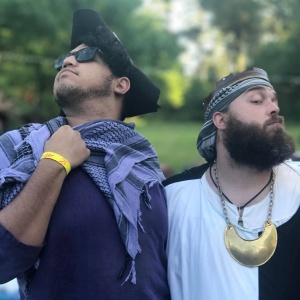 While apart of the new dimension they have entered, Neiva has learned the true way of Orc life, as is meant. Not as to what is shown through the sacred texts hidden in many tales, while they are often found using the abilities of a Barbarian, they are much more than that. In fact, they have started to see themselves through bigger eyes. The eyes once saw themselves through are that of a Healer who can keep people beyond themselves up, and can actually save people from the monsters of the world. However after dealing with the Horde of Gruumsh, they realized control over the monsters was the only way to eventually save the Kingdom from them, thus they then followed the hymns of the Bard to make sure no creature could move without Neiva’s voice. After that they then scurried off into the wilderness of the GSU to learn more about nature, and have begun their own hunt as a Scout. After their time in the woods, they now found themselves adventuring aboard ships while spouting the word of Gruumsh, during their times on the seas as a Monk and ended up becoming the Captain of their vessel. Now upon arriving upon a cursed sea in search of supplies for their home, they need to armor up and protect their crew as a Warrior. Once completing their training and finding enough resources, they met up with four fellow Amtgardians with attitude and took up the mantle of Paladin alongside the Power Paladins. Following this they returned homeward towards the campus of Granite Spyre University and began to study the trees with fellow Druidic students. After that Neiva began to learn more of the secrets held within GSU and learned the shadowy arts of the Assassin which eventually led to them realizing the benefits of walking insubstantially and having poisoned weapons. Through this, they learned they could use the powers of evil for justice and began to learn how to be an Anti-Paladin, whilst using these powers the Kingdom of the Wetlands believed Neiva had earned the right to be called, Paragon Paladin. Now they are spending their time at Granite Spyre reminiscing their time in the Wetlands as they spend their time learning the final class they need to level up in the way of being an Archer, time will tell how long it’ll be until they’ve mastered the way of the bow.

Neiva started Amtgard by entering the World Banner Wars 2017 in the Emerald Hills. While their team didn't place they began their love for Amtgard while playing the Barbarian class. They continued to play it to eventually reach Level 6 in the class at the End Reign of the Wetlands Reign XLVI. While at Spring War, they ended up finding some new friends in the Celestial Kingdom and is currently a Sparkle member of the service household House Sparkle. It was at the Wetlands Endreign 46, Neiva became a swabbie under the Pirates of Stormwall, and was sponsored by Duke Sir Ozymandias De Mandaloria of the Clan McTubbins. It was at the Kingdom Midreign for WL Reign 47 that they became an official Pirate of Stormwall. They reached Level 6 in Healer the following Park Day at Fool’s Demise after the Wetlands Relic Quest for Reign 47. They were Squired under Ozymandias De Mandaloria of the Clan McTubbins during the Wetlands Endreign 47. Once Paladin was unlocked to all players, Neiva then made it their goal to reach its full potential, and at a simple park day alongside their friends, they reached that accomplishment for their third class at Level 6. At Wetlands Midreign 53, they were given their first Paragon in the Paladin class alongside their Master Rose.

They currently live in the Wetlands at Granite Spyre. 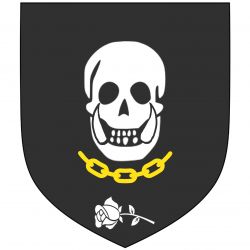 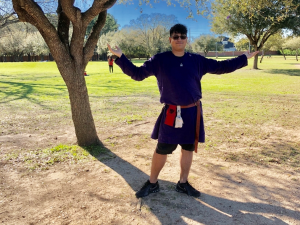