Yuppy Paragon Peasant Plus Sir Mishka Thundervoice Of the Brown Pants the Ballista, Troubadour Extraordinaire, Tamer of That One Dragon That Attacked, Extreme Pacifist, Master Jester, Master Dragon, and Appointed Big Damned Hero of Raven's Hollow, Kingdom of the Wetlands

Here's Mishka. Mishka doesn't care that he can't play Paladin, yet. Mishka is havin' fun. Be like Mishka. -Sir Sebastian_Du_Lac

”He just Aragorned the backline clogging the gatehouse and wall, Helm's Deep style!. - Val, on Mishka hopping a castle wall to attack a flank 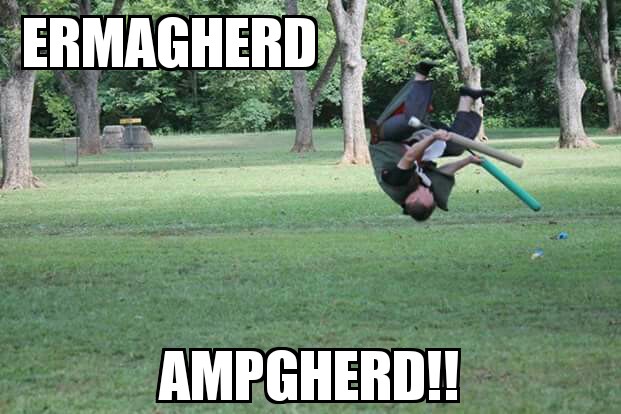 RP: Mishka grew up in a monastery, and simply couldn't stand it there. He'd constantly sneak out, go to the taverns, and cause all kinds of chaos and mischief. When he was old enough, he took it upon himself to go in a "general that way direction" because he had nothing better to do. As he wandered around, he picked up stories and songs from the travelling minstrels he came across, and found a love for bow making. One day he woke up drunk on the outskirts of a growing town called "Ironwood". He figured it was as good a place as any, and decided to live there. He could often be seen screwing something up here or there in the outskirts of Ironwood, because even he knew it'd be a disaster to go into town! He burnt his hut down four separate times through the mixing up of spells, and is currently residing at Raven's Hollow.

Mundane: Mishka started playing in 2009 when Kentigern S'rendi would come to a local park to show him and his friends how to hit each other with foam weapons. He never got any credits or went to official parks because he didn't know it all existed. After a four year absence where he completely forgot about the game, Mishka came back to Ironwood looking for a place to nerd out. He enjoys entertaining the people at park and keeping everything light hearted. Mishka fully believes that Amtgard is a game. Because he believes it is a game, he believes that it should be fun. If you're not enjoying yourself, you're not doing Amtgard right. 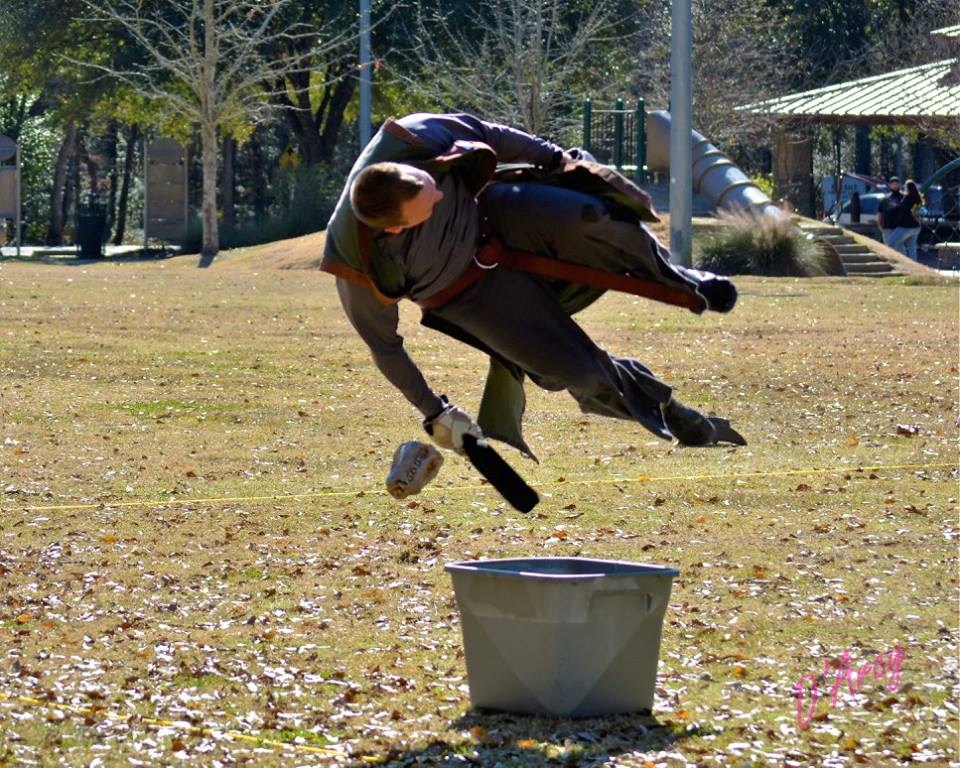 Mishka flipping over the goal while jugging. He missed with the dog skull. Photo credit to Images by D'Arcy.