A Duchy of the Kingdom of the Rising Winds, located in Louisville, KY 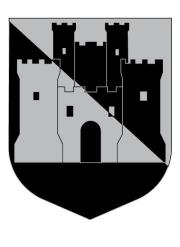 The (brief) history of Madoc's Keep

Long ago, possibly lost in the mists of time (waaaay back in 2000) was the beginning of the shire of Five Oaks.

Slightly less long ago, Azmandius, Gwenhefar, Argon Noble, Brandon Firedrake and his sister, Lady Jenna, decided that in addition to attending Five Oaks each week, they would create a group somewhat closer to home. Not only would this let them play Amtgard more often, but it would allow them to find new players (for surely, in such a large city as Louisville, there must be SOMEONE who would understand the concept). Some time passed, and it started to look as if the city only understood basketball and professional wrestling, not the middle ages. The numbers seemed to ebb and flow, mostly involving those who were members of the Five Oaks, but lived in Louisville or directly across the bridge in Indiana.

Then, one day in June of 2002 (a Saturday, actually, as they met at the Five Oaks on Sundays), the people that Madoc's Keep had been waiting for began to arrive. Two newcomers (Etaukan Dreamsmith and Merrick) found the Amtgardians, played for a bit, enjoyed it, and went home. Within a month or two, they had managed to drag basically everyone they knew out to the park, and hey; those folk also had a good time. Almost as soon as they found the game, these people were making weapons, and garb, and armor, and making really (really) long drives to get to Kingdom events.

The veterans that attended the park, meanwhile, coped with the newcomers with amazing patience. A mini-shire composed almost entirely of newbies can’t have been an easy thing to deal with (no doubt it’s still difficult, from time to time), but they carried it off with exceptional grace and kindness. Endlessly reciting rules for those who forgot, lending weapons at the beginning and advice after that, explaining the aspects of the game that long-time players seem to know intuitively…. Even going so far as to refrain from using their hard-earned sixth level classes in our battlegames, lest the gang of first level people be exterminated without even the chance to make a fight of it. When we asked to move the park location, they agreed, even though it meant a longer drive for them.

Years on, Madoc's Keep only has retained a few players from its early days. Wat, Kavier, Twilight, and Paint. Some moved away, some attend the new chapter The Shire of Sky Harbor across the bridge in Southern Indiana, and some have stopped playing amtgard. There were many new faces. Some came from Five Oaks, some came from other Kingdoms and some are just people in Louisville who were just discovering Amtgard. It was a whole new generation for the chapter. Madoc's Keep ran the Jugging Tournament, The Madoc's Cup. They also helped out the new park, Sky Harbor, run a night quest for the day before the Spring Weapon Master\Dragon Master for the Kingdom of the Rising Winds.

In recent times the chapter has renamed itself Storm Bridge and has been incorporated into the Grand Duchy of Ebonmarch.

For the fastest response, the Facebook group is your best bet for reaching us.