”Non-combatants are the lifeblood of Amtgard.” 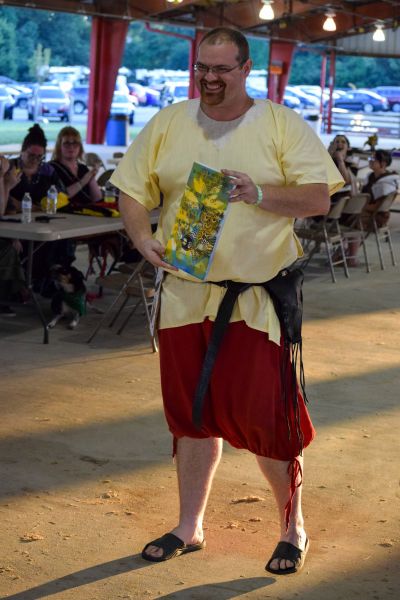 Lleyithan Everautumn began playing Amtgard in the summer of 2014, founding Everautumn Valley in his hometown of Kirksville, MO with Drizzt of Tal Dagore. That same year he became Man-atArms to Squire Hiimori, and joined Sol Invictus shortly afterward in August. In 2017 he left Tal Dagore to move to Winter's Edge where he founded a park called Forochel Glade in Raleigh, NC. After returning to Tal Dagore in late 2018, he was briefly a member of Seven Rivers Forge before transferring to Black Hollow (later renamed to Hollow Mountain).

Lleyithan's focus in Amtgard is largely on A&S, though he particularly enjoys militia battlegames. His crafts are divided between leatherworking and silicone molding / resin casting.