”There's magic in a Bard's song. They call it Inspiration” - Griffin McElroy 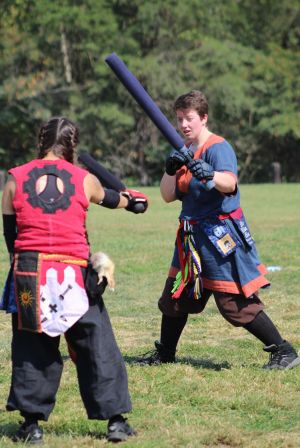 Léal, a half-Song-dragon and light weaver, came to Amtgard from Normandy by way of some... questionable magic... and landed in The Frostlands in July of 2015. He traveled between the lands of Belegarth and Amtgard from 2015-2017 when his studies led him thus. Later, his studies took him farther afield, leading him to join Barenheim in Dagorhir and to Blackthorne in the lands of Amtgard. Later, he would assist with the formation of Hearthlight before moving full time to Blackthorne. Most recently, he moved to Rising Sun Station and is pleased to be among friends there. 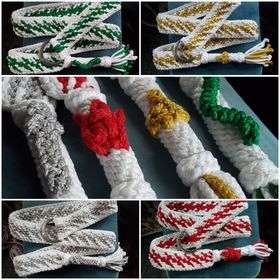 One of Léal's favorite belt projects 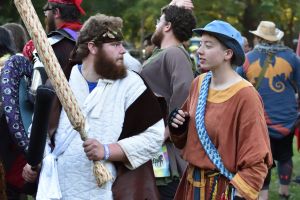 Léal at Keep on the Borderlands, 2018. Photo by Photos by Crisp, https://www.facebook.com/photosbycrisp/ 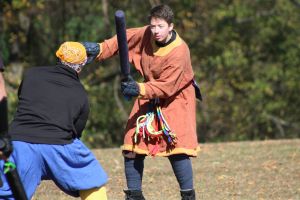 Some of Léal's favorite memories include his adoption of Oswin Whitewall the Adoptable, the earning of his Paragon Bard title, the day Jynx asked him to join the belted family, and the awe on the faces of his friends when he finishes weaving a belt.