”A Warriors strength is measured
by the size of her heart.
She is respectfully Humble,
She will stand with Honor,
She will fight with Love.
In the face of Adversity
and for the ones she loves,
She will be a Voice and a Shield.
She will be a beacon to light
the way home for the Old.
She will gently make way for the Young.
She is a Sister, Mother, Daughter, Grandmother.
She is a Warrior.” -unknown

Kimbra discovered Amtgard at the Utah Winter Faire in December 2016. She started playing on January 14, 2017 in Wymzee Dayle when it was a Shire. Her first credits were in Scout.

Kimbra has been very active in both leadership and fighting. She has served in many monarchy positions in her park, and currently has 5 Orders of the Warrior under her belt. 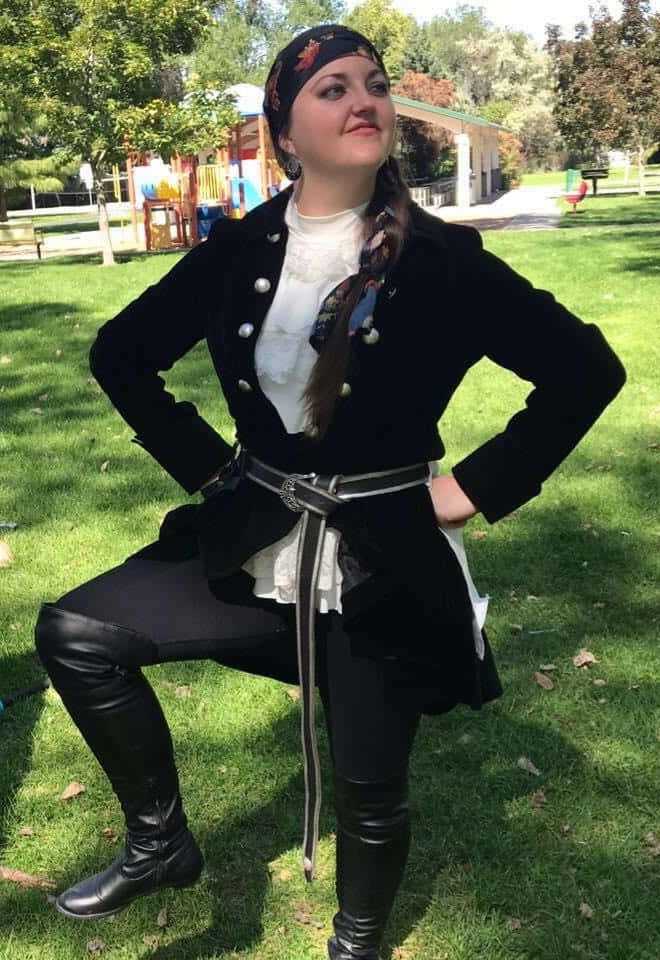