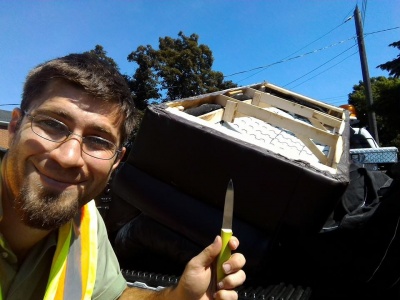 Jeet fresh from a hunt.

Jeet began his amtgard career on July 20, 2014 at Lichwood Grove. Even though he wasn't a founding member a month or so later he became protem champion of the field and continued to help lead the budding park into the future. When the majority leadership of the park had to leave he and Erdan took control and shared the burden of running the park. He was awarded the position of Paragon Barbarian at the Lichwood Grove January midreign.