The Shire of Iron Springs

A chapter of Winters Edge, located in Kennesaw, Georgia. 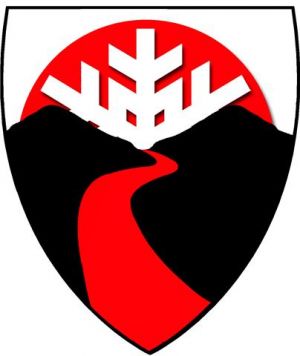 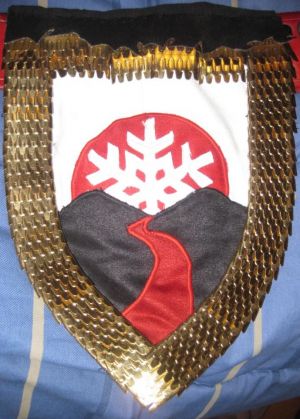 Favor made with the 2009 heraldry for Iron Springs, Design by Kitorin

The old heraldry for the chapter of Iron Springs created by Sir Squeak!

Founded by Dame Squeak! in the Fall of 2000, Iron Springs started in Atlanta, Georgia around the Georgia Tech area. The chapter moved around a few times looking for a good location to call home. Then in 2008 there was a major move to Kennesaw, Georgia around the Kennesaw State University area. Coincidentally, years afterward a Dagorhir chapter moved to one of Iron Springs' old Atlanta locations in hopes of finding them.
Iron Springs has been a main staple of Amtgard in the south east. It is one of the original chapters of the Central Eastern Alliance which itself reorganized into the Principality of Winters Edge. In fact, Dame Squeak! was the first Prime Minister of Winters Edge.
Iron Springs had the honour of starting the Amtgard Demo Booth at one of the nation's largest conventions, Dragon Con. This both is now shared with other foam fighting groups in the area and has run consistently for 10+ years.

Iron Springs meets every Sunday at 1:00PM at Kennesaw State University. Check with the Facebook group for more information.

KSU is located at 1000 Chastain Road, Kennesaw, GA 30144. Exit 271 Chastain Road off of I-75 and drive west on Chastain. On the second street (Kennesaw College Rd.) turn right into the campus. Follow the road until it dead ends into the guest parking. The field will be right in front of you.

If lost, need additional directions or are making sure that the park isn't off visiting another group, post in our Facebook group. Most of us have smart phones and we're pretty good about getting back to folks timely!