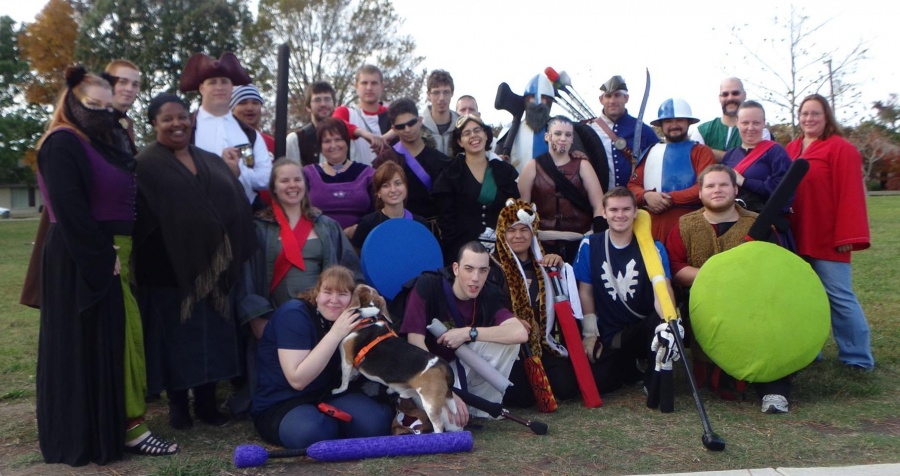 A Crystal Groves chapter, located in Chesapeake, VA, at Chesapeake City Park. HoR is a group driven to the battle field! An ever watchful eye on the horizon for new fighters either to join the ranks or to try and raid! Also raising to excellent heights of Arts and Sciences, Service and RP, this group strives to be well-rounded. A family friendly group, our members range from early teens to grandparents.

Originally located in Hampton/Newport News, this chapter is the combination of Sea of Rhye and Veles Harbour when joined together in 2008 and has received Barony status at Feast of Dead 2013 by the hand of King Marcus, and then raised to Duchy status by the hand of Queen Shiva at the 2014 Spring Kingdom Quals, under the Kingdom of Crystal Groves. Original heraldry was a blue field with green anchor and five yellow rye seeds in a star-point shape along the shaft of the anchor. The heraldry changed per member voting as of January 1st, 2012.

We start at noon on Saturdays at Mount Trashmore Park 310 Edwin Dr, Virginia Beach, VA 23462 next to the Playground and Skate Park.

Harbour of Rhye on