"Why is me glass empty?!” ”Arrrrrr he gonna eat that matey?”

Gaius Agrotera is a pyrate. He joined Shadowcrest in the Spring of 2017. An unconventional fighter, he will use highly irregular and ill advised tactics to gain an advantage. His true passion is the arts more than fighting which led to him seeking the office of Regent in his first year. Wanting to reach as many people in the local community as possible so they can learn about and enjoy Amtgard as well, he often wears his garb on non park days while running errands about town. In the Spring of 2018 at the one year anniversary of him joining the park he proudly took up the mantle of Baron of Shadowcrest with the hope of leading the park further along its grand path and ended his second term proudly as the Duke of Shadowcrest which had grown to a duchy during that time. He's a member of Sir Squire DaPage's belted family as well as the Captain of The Crew of The Drunken Kraken household. If you ever you find yourself at a Kingdom of Neverwinter Coronation or midreign you can most likely find Gaius in the Tavern either serving a patron or making an utter fool of himself in the name of fun for his friends. 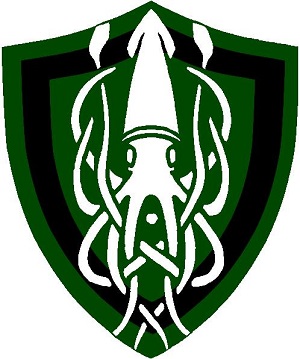