Countess Squire Fira Ironscales of the Shire of Knight's Rest 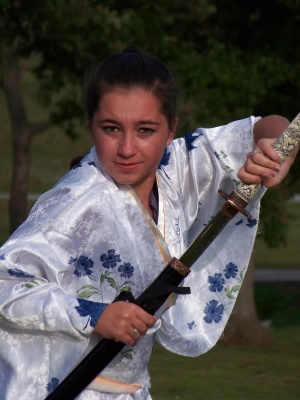 Began playing in September 2009 at Trail's End. Moved to Mystic Hallow until military service borrowed her for a while. Came home and helped found Valiant Fields in 2012. In 2013, the military called her away again until mid 2015 when she returned to a park in ruins. After a little over a year struggling to hold the park together, Tal Dagore proclaimed it dead and transplanted her to the Duchy of Knoblands. After a year-ish there She moved to the St. Louis area and joined in with the shenanigans of Knight's Rest.