In fall of 2020 Fantom Bane joined the brand new freehold of eastern pine camp he went on the behest of his two good friends Stenvar and Serf Jillian. Quickly he realized his love for the actual combat of Amtgard, and before long had his 6th level in Assassin. With that challenge down he turned his eyes to the class of Warrior which he maxed level quickly, then he gained 6th level in Archer, then he received his 6th level in Scout. A military deployment in the summer of 2021 has put his attendance on hold, but he intends to come back to the game ready to compete to kingdom events that are slowly reopening with the waning of the COVID Plague. 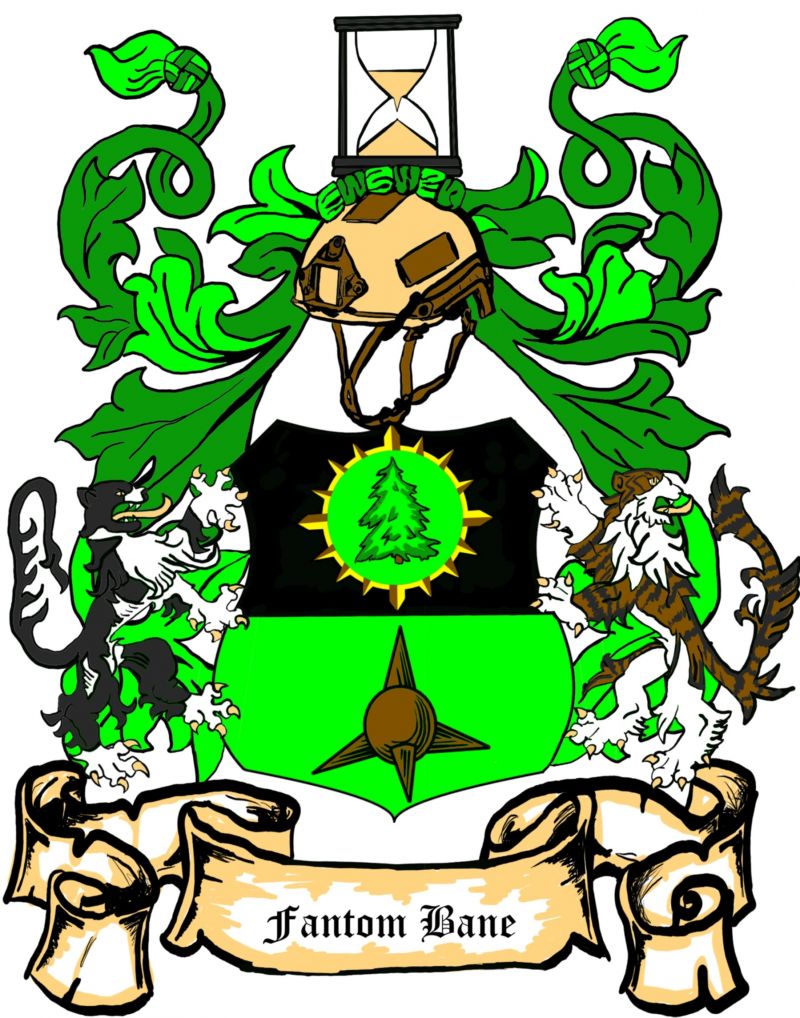 --Arms: combines the “mother arms” of Eastern Pine Camp with the caltrop (It signifies cunning, as it allowed a soldier to best a more powerful foe).

--Helm: being in the military currently it represent Fantom Bane as it is his actual helmet from work.

--Cloth and the Tork (which is a twisted cloth on top of the helm): the primary and secondary colors of the arms were used, as is tradition, the background was filled out with the cloth.

--Crest: an hourglass because according to legend that is what Fantom Bane stole from the reapers which allowed him to survive all his near-death experiences.

On January 11th 2021 Fantom Bane was bestowed with the title of "keeper of the runes" for his work in making Eastern Pine Camp's AmtWiki page and for making the groups facebook page. He said at the coronation that day "It is my great honor to write the history of this fledgling, but mighty, park into the records for all time."