The Barony of Faila Ranae, Winter's Edge. Located in and around the city of Chattanooga, Tennessee. 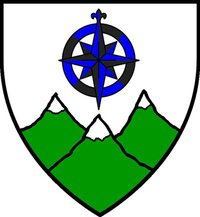 Falia Ranae (pronounced alternately as "Fall-ah Rah-nay" or "Fee-ya Rah-nigh" and abbreviated FR) was formed in September 2010 by Frank Avilia, first with an unsuccessful attempt in the East Brainerd neighborhood in the spring, and then to great success on the campus at UTC. It has since enjoyed steady growth and has successfully hosted several local and regional events, including Winter's Edge Principality Midreigns in January 2011 and June 2011. In March 2012 it was elevated to Barony status.

You can find current contact information, directions to our activities, and schedule at our Facebook Page. Faila Ranae meets on Wednesdays at 2:00pm at the University of Tennessee at Chattanooga in the student park across from the Lupton Library and Saturdays at 2:00pm in Heritage Park.