Biography, IRL:
In 2011, Haraldr was at a friend's birthday party when Sidius Remiir introduced him to the game. The next Saturday he went to the local park meeting and has been attending as often as he could since then. When Sidius moved away from Emerald Winds emergency elections were held, and Haraldr was selected as the prime minister of Emerald Winds. Since then, he has held the office of Prime Minister very often, with some time spent as the park's monarch.


In 2019, when Emerald Winds folded, Haraldr started attending Everliving Woods on their biweekly meetings, enjoying the comradery and tough battlegames, he learned much from them, like the importance of carrying extra weapons and using javelins. After some time there, he ran and was elected champion.

Biography, Persona:
Haraldr was orginally born in Lapland, later in life he became a guard for Constantine XI Palaiologos. He was involved in the defense of Constantinople, where he was cornered in the city, and before being slain, fell into a portal and into the Barony of Emerald Winds. He was at first was very confused by his inability to die or the existence of magic. He has however grown accustomed to these things over time.

Haraldr felt lost for some time as he was in the dynamic and ageless world of Amtgard. Though he finally found purpose in serving the crown of Winter's Edge. He has served the crown through being a steadfast guard, by being a loyalist in civil war, and by travelling through time itself to save the kingdom. He has never questioned the crown, no matter whom may wear it. Though he does wonder if there be a higher power in the White Light, which he knows to have power over life and health. 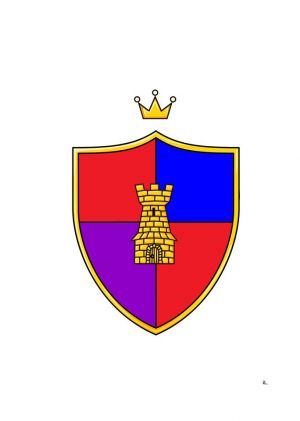 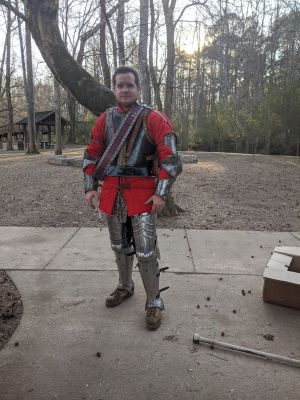