”I want violence and I want it now” 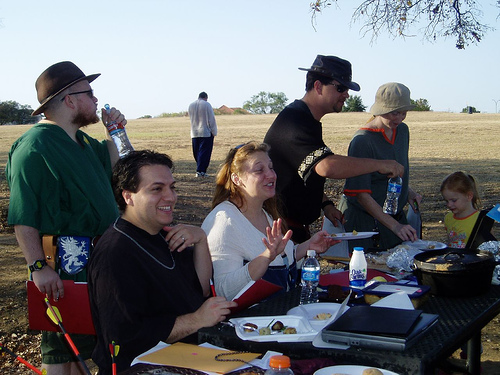 Diestro started playing in early 1994 at the Duchy of the Midnight Sun (as Darkangel). He has served repeatedly at the local level in a number of offices, and at the Kingdom level has served as Champion, held several terms on the BOD, and once as Regent Pro-Tem. He registered amtgard-eh.com for the Kingdom web site and mailing list, which he administrated for some time. He has been active in both culture and politics, and enjoys playing Warrior and Healer.

He won a large number of Dragons early in his career and received his Masterhood of the Dragon in 1997. However, he did not receive his Knight of the Serpent until 2006, when he become one of the few to be knighted without the assent of the Circle of Knights. He surrendered his belt voluntarily on August 12th, 2012 in opposition to a motion to put his belt before an Althing vote.

Diestro is a long-time member of House Lionesse. 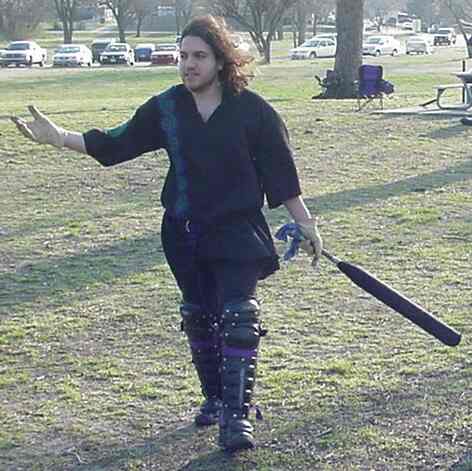 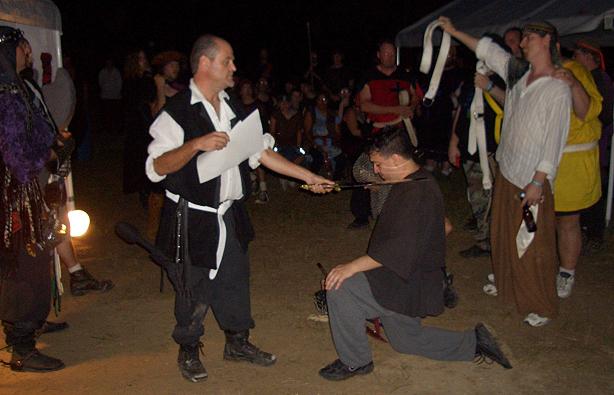