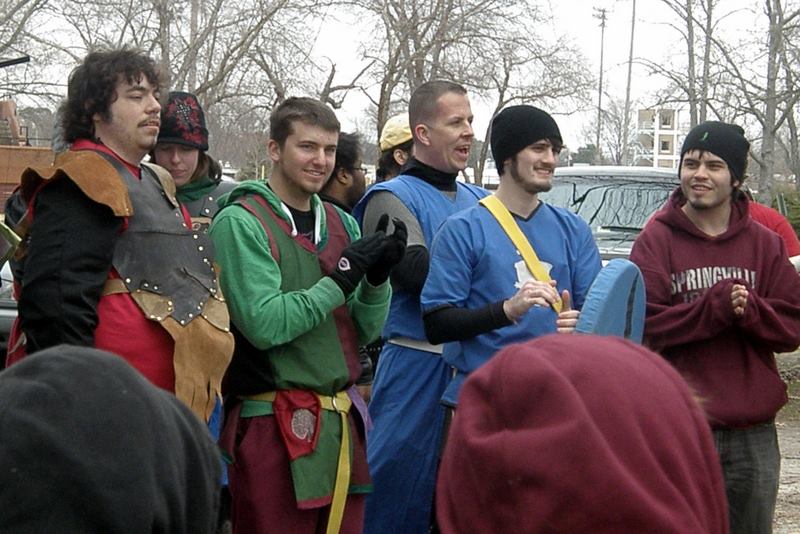 Daxus in his stunning pages belt!

Daxus began playing Amtgard in September 2012 shortly after the re-founding of Gargoyle's Gate. He has been an active member at the park ever since. Daxus was introduced to the game by Averentius, and the two of them got Hobi into the game almost immediately after.

Daxus (along with Averentius and Hobi) lived in Gargoyle's Gate before it fell a few years back. In the time between its fall and the re-founding Daxus lived in the Evergreen Gardens with the other Guardians. When GG was re-founded, and the founders were battling the evils that ruined the original GG, Daxus and the other Guardians came out of the Gardens to join the battle.

In the weeks following the re-founding Daxus and Lord Redav had many meetings and talks about GG, and Daxus swore an oath of fealty to the Von Kirathelle house. He has been learning the ways of ruling justly and serving the people of GG from Lord Redav.

Guardians of the Evergreen