Lord Daffy Yoshido, of Granite Spyre, in the Kingdom of the Wetlands 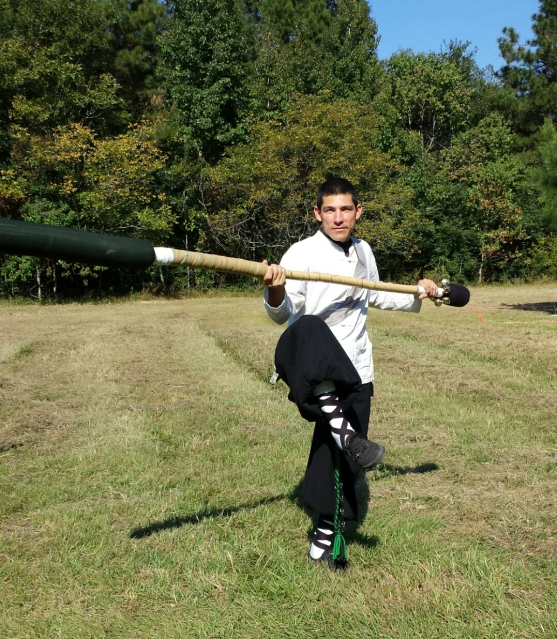 "You can never be truly great until you learn to wipe with the left."

Daffy was born in the Shire of the Mushroom Shrine in the Kingdom of the Wetlands. His training in the arts of combat first came from his childhood friend Draxkull. He learned many things and traveled the surrounding land of the Wetlands in search of more training. He was always restless and wanted to travel the world and learn about other civilizations and their customs. He packed up his family and traveled again, to a new land known as the Kingdom of Crystal Groves.

There he settled in The Shire of the Harbour of Rhye. He soon joined a band of warriors known as the Spartans of the Rhye. He fit in great and quickly moved up to the rank of Polmarch/Second in Command. Daffy stayed with the Spartans and fought many battles with them but, had no sooner called them family when an unknown darkness crept into the Harbour of Rhye and corrupted some of its people.

Many were lost to the darkness. Daffy was unaffected by the evil and shortly banded together with those left in HoR to fight back and restore the shire. Upon restoring HoR, he became Sheriff and then Man-at-Arms to Lord Manama Proster, who also introduced him to a band of warriors known as Tower.

Upon hearing his deeds in defense of the shire, the Queen of the Kingdom of Crystal Groves, Duchess Katrina awarded Daffy Yoshido the title of Lord. Daffy had vowed long ago to return the name Yoshido once again to glory, and now that vow was being fulfilled.

Daffy continued training with Tower until leaving them for his long awaited return to the Wetlands.

After arriving in the Wetlands, Daffy and his family settled in the Barony of Granite Spyre. He met more friends that he would learn from and fight with. He took a Page named Belon Ebonheart. After so long, Daffy felt at home again. In a few years the kingdom he lived in asked him to take up his banner and help defend it's boarders.