The Kingdom of Crystal Groves 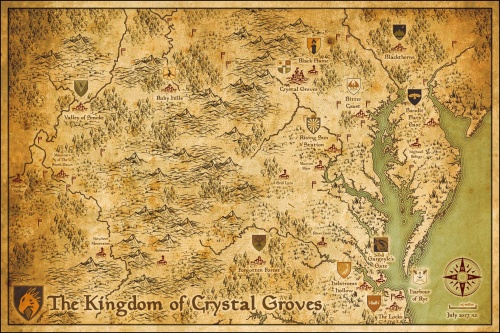 Was granted Kingdom Status by the Circle of Monarchs at Clan XXV Saturday July 22nd 2007.

Kingdom voted on November 29th, 2009 to begin transitioning into a Floating Crown. The first office to become a floating position was Prime Minister and took place April 4th, 2010.

Kingdom voted on December 27th, 2009 to allow all full members in all sponsored lands to run for Kingdom level positions.

The People of Crystal Groves

See Crystal Groves Monarchy for a listing of previous officers for the Kingdom.

See Crystal Groves Knights for the Knights of the Kingdom.

A brief overview of Kingdom Events