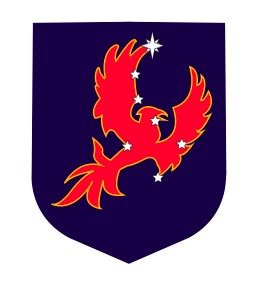 A Duchy of the Kingdom of Polaris located in Green Bay, WI.

Founded in April of 2006 by Jyotis, Akyo, Shalashaska, Kurok, Sarmma, Morden, Orkin and Sahari. Many of these players started in The Frostlands and started Crimson Circle due to Logistic issues.

They joined the Principality of Polaris at the Day of Games: Movie Edition/Polaris Endreign in May 2013. Elevated to Barony status at Great Adventurer's Challenge/Polaris Midreign and Weaponmaster in July 2014. During the July 2015 Polaris Coronation Crimson Circle was elevated to Duchy Status.

Crimson Circle was founded by a group of Amtgardians formerly from the Frostlands, who upon playing the game we all know and love for some time, decided that they wanted their own park a bit closer to home. A contract was struck with Burning Lands and a new shire was born.

Crimson Circle in years past has hosted it's own unique event: Rune Quest and Rune Quest 2, dealing with tricky cases of time travel, the perils of battles in boats upon the open ocean, and pancakes for all.

The members of Crimson Circle are known for being more of a gang rather than a park, fiercely devoted to all of Polaris, they travel a great deal to have a showing at a good many events. Members are also infamous for the Raider Wall of Doom which influenced the Raider class to be completely removed from the game.

The park is also home to a diverse series of representatives of various fighting companies and households including Tiger Clan, Cerberus, Norse Star, and is the home park of The Church of Steeeeeve.

The Duchy of Crimson Circle united with Polaris in it's push for Kingdom under the sponsorship of The Kingdom of the Rising Winds for the good year push. It continues to thrive under the kingdom it helped create.

This Chapter meets during the warm spring\summer months at Pamperin Park in Green Bay on Saturday's at 1 PM. Follow the main park road all the way to end. Park in the main parking lot and we will be in one of the two fields shown on the map.

This Chapter meets during the cold fall\winter months at The Watering Hole in Green Bay, Saturdays at 1pm. We typically play in the first volleyball court, right off the main bar.