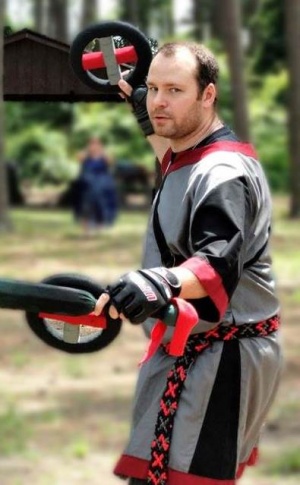 Officially started playing in April of 2016, but was actively researching throughout 2015. Appears on rare occasions. Due to mundane life, he can't always make it to park. Often found on various Amtgard Facebook boards, Role Playing groups, and creating hype where ever he goes. Actively plays Assassin and tries to promote the class... constantly.

Corran is a delightful instigator. It was his posting on the Amtgard Facebook discussion page that turned the Kingdom of Crystal Groves's avian squabble into the Avian War. ~Dru-Kara