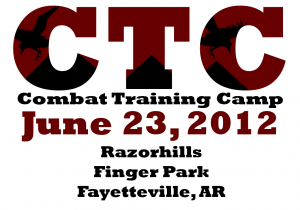 Promotional for CTC. Made by Jay Jay of the Emerald Hills.

Designed for beginner to intermediate level fighters with one on one sessions for advanced fighters later in the day.

2014 CTC at the request of the EH Monarchy