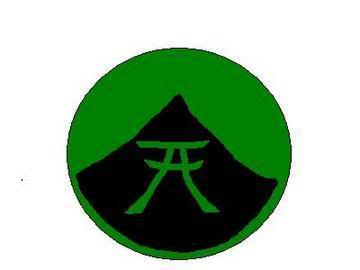 'Better your skills, better yourself.'

While Okuyama is the personal House of Diamyo Teishi Masamura, to say that Clan Okuyama is just a household is incorrect, we are Clan, a family. We put Clan first and try to maintain Bushido on and off the field. The clan has a rank structure similar to that of historical Japanese samurai society. While there are members who fight and those who don't, we are a Noble Samurai Clan. We can be found at events by looking for the Tori gate at the entrance to our camp. We encourage our members to better their own personal skills. While having a Japanese persona isn't necessary to join, all members are asked to obtain a set of Japanese garb and to choose a 'Clan Name.'

Okuyama translates as 'Distant Mountain' or 'Hidden Mountain' and refers to the fact that at a time when we started there were few Japanese themed fighting companies or households. We keep the mountain in our hearts. The Clan has gone through several evolutions and has recently restructured with a new vision and new goals of the future.

The House has three awards/favors.

To see information about other groups in Amtgard please see the Household Page.