”May the light guide your hand!” 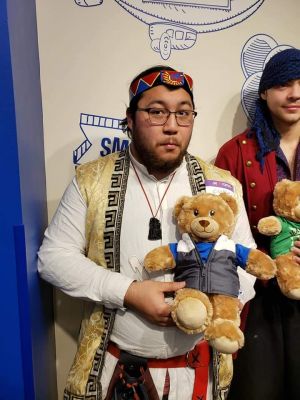 Chuckles and his brother Patronakis first came into contact with Amtgard in October of 2015. He played a few weeks and decided it wasn't for him, while Patronakis continued playing.

Almost a year later, Chuckles ended up losing his job (and his constant excuse to not play). With nothing to do and desperately needing to get out of the house, Chuckles reluctantly agreed. When Chuckles returned to Ironwood, those who he briefly met before not only remembered him, but greeted him like and old friend. After a couple of months of continuous attendance, he was hooked and became excited with anticipation for the next park day.

After a year of consecutive play Chuckles accepted a Page belt from Lady Thara. Around this time he also me Sir Vincent Landcrest, who Chuckles would come to rely on as a close friend and mentor.

Chuckles would go on to be the monarch of the Barony of Ironwood in the following year. It was a this point where Chuckles would get involved in kingdom-level service.

At the Celestial Kingdom event Spring War 2019, Chuckles' hard work was noticed by the Pirates of Stormwall, a Wetlands based fighting company with a penchant for service. The Pirates would extend an offer to join that Chuckles readily accepted.

Chuckles has since accepted a Squire belt from the Admiral of the Pirates of Stormwall, Sir Oz. 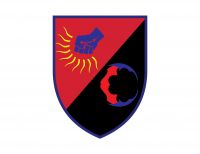 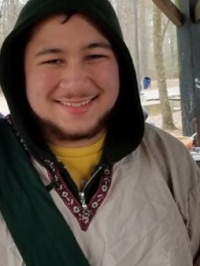 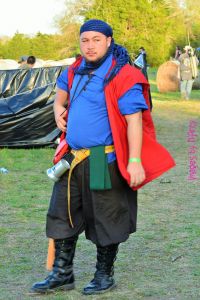