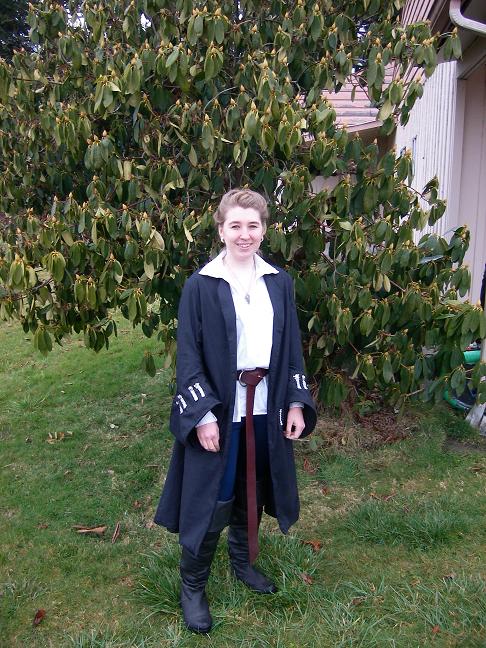 Christiana began Amtgard in the summer of 2002. She has been a very involved and helpful person since day one. In less than a year after joining she became active in land politics becoming chancellor of Mithril Hills. While in Amtgard she has shown a talent for the arts, most in the area of dance, having belly danced at major kingdom functions and A&S competitions often. She is also a talented singer and baker.

As of February 21st, Christians was elected the 9th Monarch of Black Spire.

Not to be confused with Scorch Flamedancer, who's Mundane name is Christiana.