The Sacred Order of the Righteous Brotherhood of the Chosen, Holy Warriors of BoB the Unforgiving 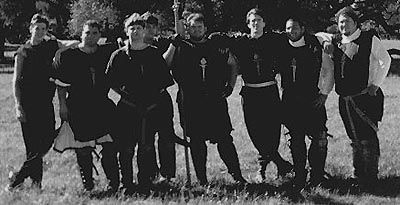 The Chosen are Amtgard's premier fighting company, and are active in several medieval recreation societies. The company was originally formed in Barad Duin (HFS) shortly after the Amtgard-HFS split in 1991, but are now primarily Amtgard based. The Chosen excel in the fighting arts and focus both on personal development and increasing the overall skill level of fighting in Amtgard. The Chosen's efforts cater specifically to the Stick Jock mentality and encourage flurby attempts at roleplay through a process similar to natural selection, where only the strong flurbs survive. The company name was originally created as a satirical mockery of role-playing groups who took themselves too seriously.

Originally, members of the Torches would take to the field in black "phaser" style sunglasses, donning a silver, spray-painted Torch centered against a black, torn and unwashed tabbard. This was originally a nod to the Corsairs, who often took to the field in similar "styled" adornment. Though Torch culture is very much based on fighting excellence, the company includes well respected A&S contibuters and many members who have contributed to the betterment of Amtgard. Traditionally, Torches do not accept service rewards for the work they have done, since service is it own reward. Many instead give those awards to Bob's Purifying Flame.

Founders of The Chosen

Past and Present High Priests of the Chosen 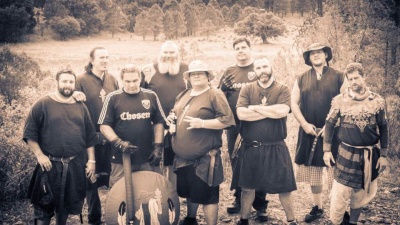