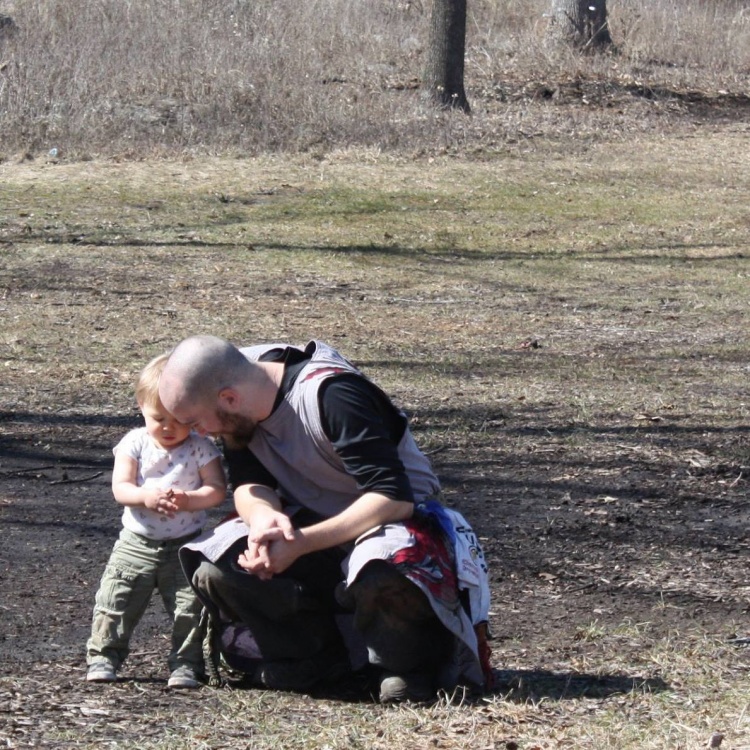 Is Blackwolf NOW!!
Spin, spin, spin.... die...
Dude, it took a flame wall, arrow to the head, a fireball, a siege boulder, and Goro wielding polearms to take you down!
You see, you can run events with one leg, or win events with two. You choose. -Ursus
I tag 'em, he bags 'em. -Diana
An avalanche of frozen vikings!
The Ausric One Shot: For when words can't describe your foam stick swag -Jynx Mercades
AKA Not-Walsh, Az, Matt Freaking Dean, Canada, Cah-nook, Hotdog, Ozark, Fuzzy, Battering Ram, Genius Sluff-Ala

It's hard to fight an enemy who has outposts in your head.

Confidence comes not from always being right but from not fearing to be wrong.

We will not shake hands with arrant believers
We'll rather die than turn into minions
Freedom is our highest good
We venture our lives
-Eluveitie, Meet the Enemy

First started swinging foam in his backyard, alongside Calin, Elm, and Ursus, using the Amtgard rules without sanction or realization of its breadth. After that organization imploded in the summer of 2006, Ausric began playing Amtgard properly in Twilight Peak, following after Elm and Ursus, who had started playing months earlier.

Soon after joining the game, Ausric founded the Shire of Felfrost in Ottawa, Ontario in October of 2007. The park has since been promoted to a Barony, and then Duchy!.

At Frostbite 2008, he joined the Ebon Order, having been longtime friends with the majority of their members. He received a promotion within the company in January of 2010, but left the company 3/4 of a year later in October 2010 to pursue his goals in a different way. He joined the Crimson Guard six months later. He has also since received honorary membership in [[Frenzy United] as a Canadian Irregular, as well as a part-time membership in the Scions.

During his time at university, he alternated between playing in Twilight Peak and Felfrost, depending on whether he was on a work term or school term. Since January 2010 however, he has become a permanent member of Felfrost.

On July 20th 2009, Ausric married then-Squire then-Lady Diana, who then went on their honeymoon to Clan, being the first resident Canadians to visit the event in over a decade. The couple has since continued to travel as often as financially possible across Amtgard, visiting events like Defrost/Olympiad, Spring War, and several SKBCs.

It is said that there was once a time where Ausric did not have any crafting projects on the go. This is estimated to have been around the time of the Big-Bang, where everything was too damned hot for him to work with.

Accepted a Man-At-Arms belt from Sir Goliath at Goldenvale's Coronation in March 2009. Upgraded to Squire one year later, at GV Coronation in March 2010. However, when Goliath opted to remove himself from the game to focus on his family life in 2011, the two split their in-game relationship amicably, while still remaining friends out of game.

Ausric was the first Master Owl awarded in Goldenvale in over a decade, since Sir Blackhawk was granted the award. This also makes him the first Canadian player to earn such recognition (though not the first to earn a Masterhood in general by any stretch). He is also only the second Knight to receive their belt in Canada, but is the first Knight in Canada who could be considered a fount. In October 2018, he voluntarily surrendered his belt after coming to terms with his conduct in the organization.

In January of 2015, Ausric, his wife, and their kidlet moved back to the Toronto area, and rejoined Twilight Peak. Shortly after, Ausric landed better work in Guelph, ON, causing the trio to move to Cambridge, then Fergus, and take up residence in White Stone Valley.

In the High Crossius Codex

For then across the great Canadian sky, came a single shooting star. The Lord God did see this this shining example of one motion to end the lives of the unholy and heretical. For he so loved this one surprise motion, he named this phenominon the Ausric.. and it was good.
-Canon of the Moose 1:5


For then the man known now as Ausric wandered the earth, practicing his one motion to end lives. He then encountered the Pope, and he became frustrated with his inability to defeat this single action. And the man known as Ausric laughed, hysterically... and the Pope moved on.. angry in his defeat.
-Canon of the Moose 2:2


For they saw him, the humble man Ausric upon the holiest of lands, yon Ditch Field. For he slew those with absolute ease, and confounded the Pope himself with shots that seemed to hail from the heavens, as if they were shooting stars..
-Canon of the Moose 3:19 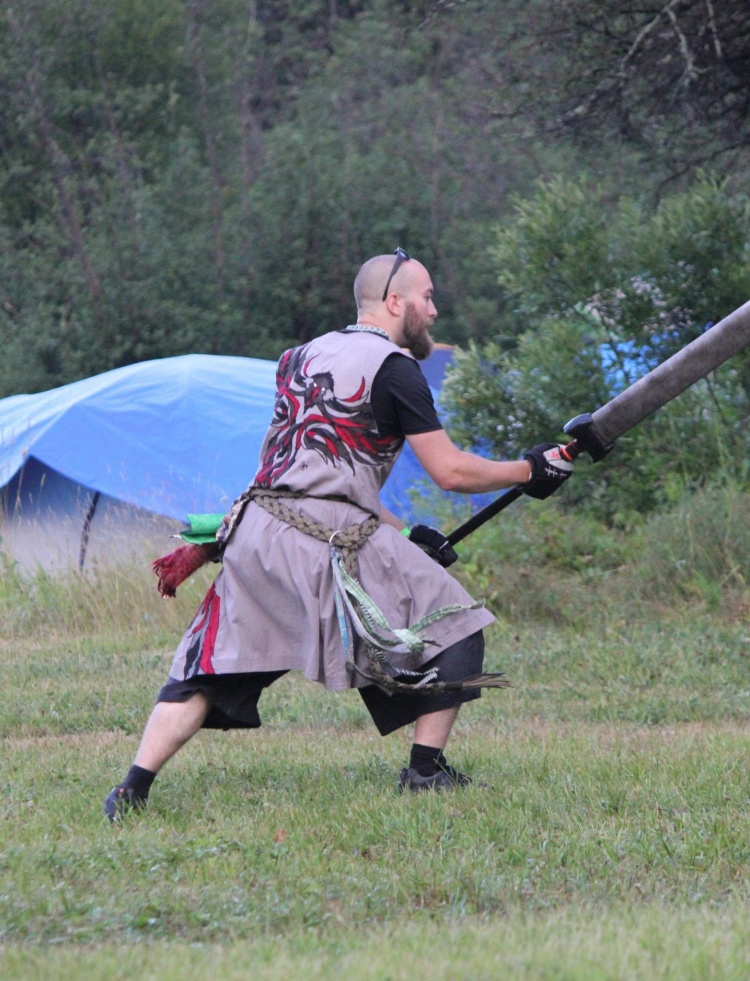 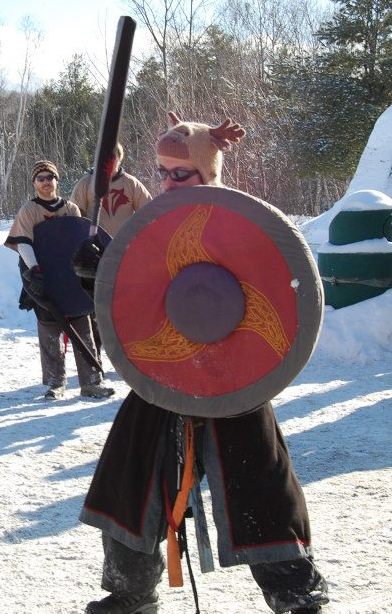 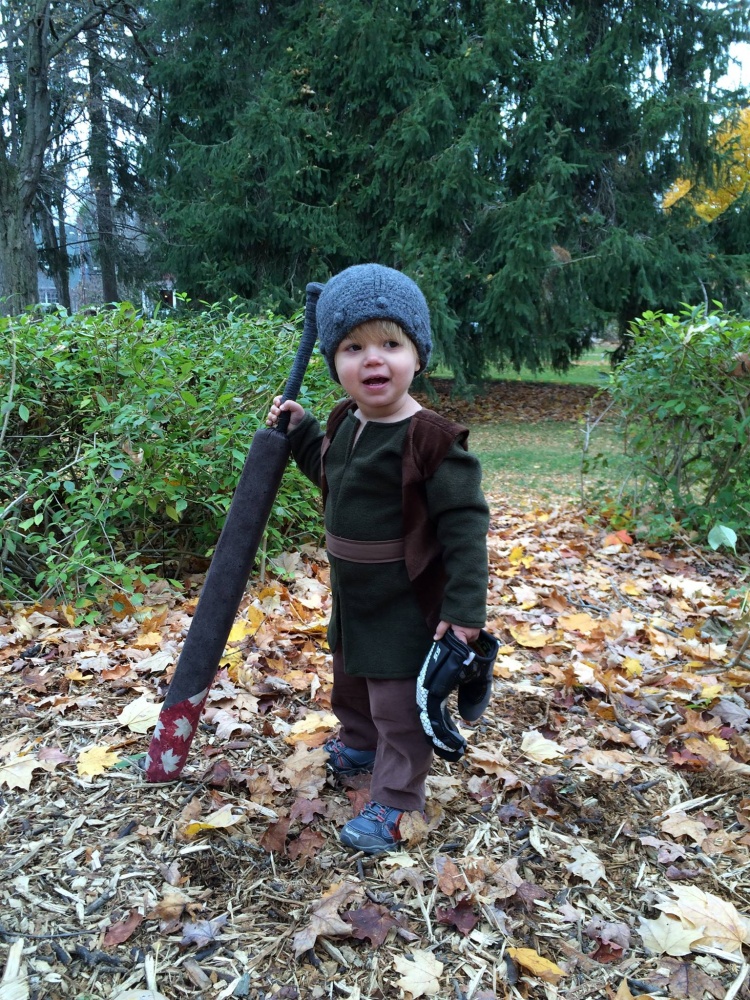