"What do you mean? 'You didn't ring the bell.' Didn't it touch it? I rolled over it?' "'-As he rolled over the bell and did not touch the flag to it'


"No. Steve cannot pump your blood for you."

Having first played Amtgard in Jan 2017 at Siar Gaeta and accidentally getting shot in the head by a random arrow, Atreus was thinking he would enjoy Amtgard for the physical contact aspect.

His Amtgard name is a derivative of the Greek and Roman Mythology story, Curse of the House of Atreus.

Does not have a weapon preference... 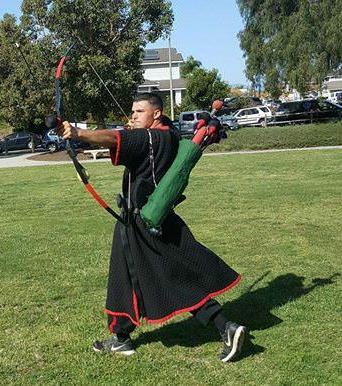