"DO NOT stand on the tracks when the Night Train is coming." Kerb, TKM 2008 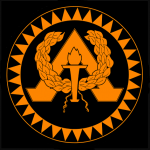 Asylus originally became interested in LARPs as part of the SCA. He was introduced to Barad Duin and the HFS in 1990 by Onyx Grimwulf right around the Barad Duin split. He became interested in Amtgard when Tori-Mar formed on Sundays about a year later in the same park. While serving his first term as Chancellor of Tori-Mar in 1995, Asylus earned himself an Order of the Maglight because of a rather dubious incident involving a somewhat large "six 'D' Cell" maglight and a car full of frats. Asylus was raised to High Priest of the Chosen in 1996 on the same day as Dargoth and Dorian Kong, right before Spring War III. 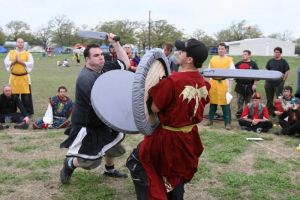 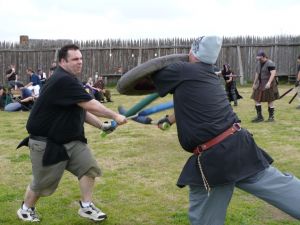 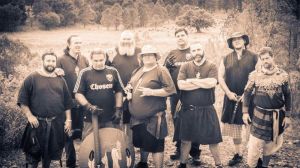 Gathering of the Clans 2016