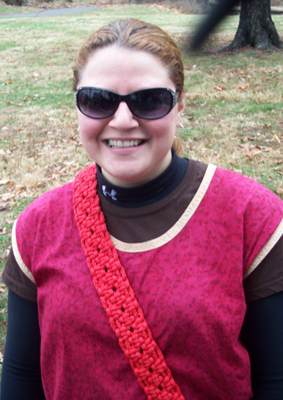 She found out about the game in 1998 by then boyfriend Kraven Kor (now retired). He had played with a group in Eugene Oregon before moving back to St. Louis. Both started playing at Western Gate in 1999 after meeting Styx (then Zorin), Azrael Draconis, and Thorne at Archon. She fell in love with it as it reminded her of when she and her sisters were little and would run around their parent's backyard with cardboard shields and tent poles for swords. A decade later it is part of who she is.