”Courage is moving forward in the presence of fear.”

Amarra began playing Amtgard in the Duchy of the Iron Mountain in 2015. Intrigued by the great battle games, she began coming regularly. Her first event was Rakis 2015 where she met Amtgarders from literally all over. In 2016 she became Regent of IMD and had a fantastic time planning and running the Candy Quest and the Quest of the Holy Coffee Cup (because, the story goes, the Duchy could not afford to send anyone on the Quest of the Holy Grail!). She learned more about organizing and running events during those two quests than she ever imagined possible; every problem solved seemed to raise three more, but she loved every minute. Amarra became Monarch of IMD in 2017 and, along with Regent Tynan Makem, brought a new element of roleplaying to the Duchy. Amarra served as Imperial Regent for the summer reign of 2018. In the Year of the Plague 2020, she served as Champion of IMD. No one was playing at that time, so she ran a monthly column called Champion's Corner where she interviewed different players and discussed their experiences designing games, playing in armor, and learning the ropes. She served as Imperial GMR for the 2021 winter term, the final COVID reign in IM. From 2019 to 2021, Amarra was the Volunteer Engagement lead for Amtgard International, during which time she helped define and document processes for recruiting volunteers for the various AI teams. Amarra particularly loves the art & sciences, as well as role-playing and culture in Amtgard.

Persona: Having fled her home country of Gaunes in about 450 A.D., Amarra lives somewhere on the fringes of Dark Ages Gaul and Arthurian England – thus between history and myth. 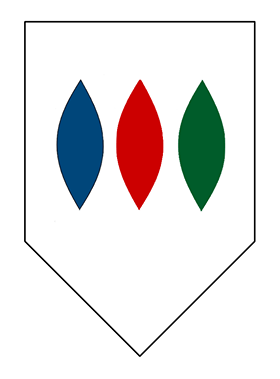