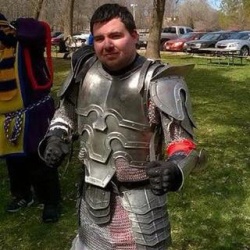 ”I want to go back to V7 as a healer with Sword and Board and 2 stuns per life.”

"I am done eating buffets. No More!" 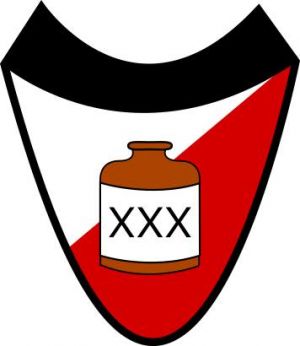 One of the founding members of Crimson Circle, Akyo learned the art of Sword and Board from founders Jyhotis and Morden. He is a fast friend to many members of the park.

For a period of years, his Amtgard career was put on hold for his first born child, D Rex the Destroyer, but his strong connections to friends in Crimson Circle and the greater Amtgard community survived the hiatus. He enjoys a fierce but deep relationship with members such as Odvarr the Striking Viking and Dillon, who lovingly call his attention with the famous phrase "#suckittheo"

During Akyo's reign as Prince, Polaris became the 19th Kingdom in Amtgard (21st overall). This was achieved through years of hard work from various different people. He was just lucky enough to be in office at the time. At the end of his reign he was awarded the title "Duke" from Sir Queball Ironwolf for doing an exemplary job as Prince. Akyo will always be known as The Last Prince of Polaris.

Elected Duke of the Duchy of Crimson Circle 6/2/18-